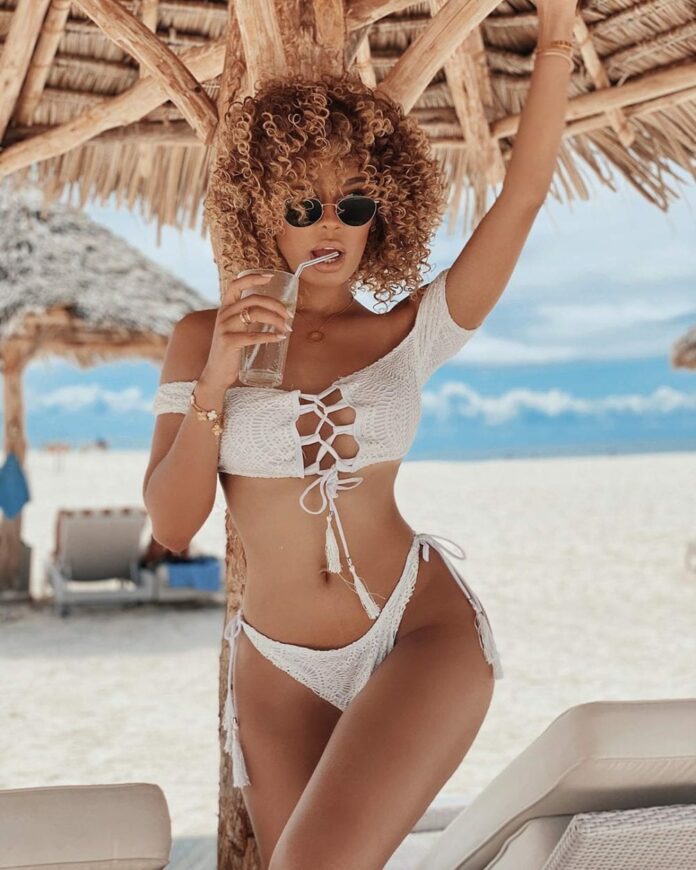 Mackay files for divorce over social media obsession
South Africa’s revered social media influencer Sarah Langa is being deleted from the marriage register like an accidental social media post by her rich husband Jehan Mackay Sunday World can reveal that Mackay dumped Langa in September last year, just two years and 10 months after their fairytale wedding in Gauteng.
News of their unexpected split, which was kept hush-hush, was revealed to Sunday World by the couple’s next of kin, who spoke on condition of anonymity for fear of reprisal.
The deep throat said Mackay moved out of their marital house in Bryanston, Joburg, in September last year after complaining about Langa’s obsession with social media.
The mole said Mackay, a respected businessman and a shrinking violet, was not happy with Langa posting about him on her Instagram account.
“He is a very private person and didn’t want his private life posted on social media. She was also not the glamorous person she is now when they met,” said the deep throat.
The tipster also said Mackay convened a family meeting to try to dissuade her from social media but his efforts failed to yield any fruits.
“He moved out of his house in September and gave her until December to move out, which she did.” But the source said Lang moved into a place just around the corner from the house.
“She still has keys and barges in whenever she feels like it,” said the source.


The source also added that Mackay had moved on with his life and wanted Langa to leave him alone. Sunday World has seen the divorce summons Mackay sent to
Langa in January.
In the summons, Mackay said their marriage had disintegrated.
“The marriage relationship between the parties has reached such a state of disintegration that there is no reasonable prospect of their marriage being restored and their marriage has accordingly irretrievably broken down in that the parties are incompatible and share no common interests,” reads the summons.
Mackay also said the marriage had faltered as a result of constant disharmony and a lack of communication between them.
He said they had tried to save their marriage by attending marriage counselling for about four months at the beginning of last year. He eventually moved out of the house when they couldn’t resolve their differences and he now wants nothing to do with Langa.
“The plaintiff left the matrimonial home at the end of September 2019 since which time the parties have lived apart. The plaintiff no longer has any interest in the marriage relationship or its continuation,” reads the summons.
Although Mackay and Langa were married out of community of property, he has agreed to pay her almost R3-million within six months of the finalisation of their divorce.
Mackay, noting their marriage contract, offered Langa R1-million for each year of their marriage. He said because their union only existed for two years and 10 months, he would only pay Langa just over R2.8-million.
“In the premises and by virtue of the provisions of the ante nuptial contract, the plaintiff shall pay to the defendant the amount of R2,833,33.00 calculated from December 16 [2016]to 30 September 2019 [two years and 10 months], which amount shall be paid by him within six months of the grant of the decree of divorce,” reads the summons.
Mackay could not be reached for comment and Langa declined to discuss the matter with us.
By Ngwako Malatji and Somaya Stockenstroom