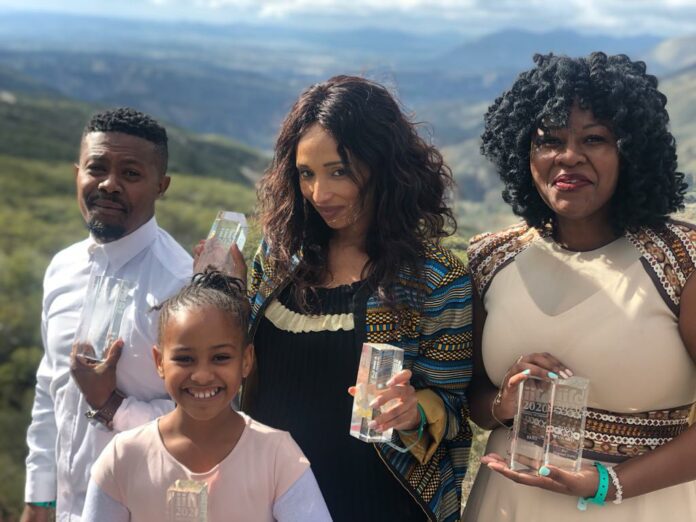 Amid global panic around the Coronavirus pandemic, South African film Losing Lerato has brought smiles to a depressed nation after scooping six awards in the United States of America.

The Bakwena production team and cast members Kagiso and Tshimillo Modupe, Samela Tyelbooi and Thato Molamu return back home today with their awards, after the film showcased at the Idyllwild International Festival of Cinema in Idyllwild, California .

“It is unheard of that with your first production you get nominated and you win so many awards,” said Molamu. This is the first Bakwena production film to be internationally recognised. Modupe who is popularly known for his role on Scandal said he was grateful for the continued support even during the Coronavirus outbreak.

“Even in this Coronavirus outbreak, we would like to thank you all as Bakwena productions. We travelled, got to Washington DC and then got to LA. When we arrived in LA we swept the floor with this production. We showed them that this Coronavirus is not going to defeat us. We would like thank everyone who went out to support the movie and continues to do so,” said film producer Modupe.