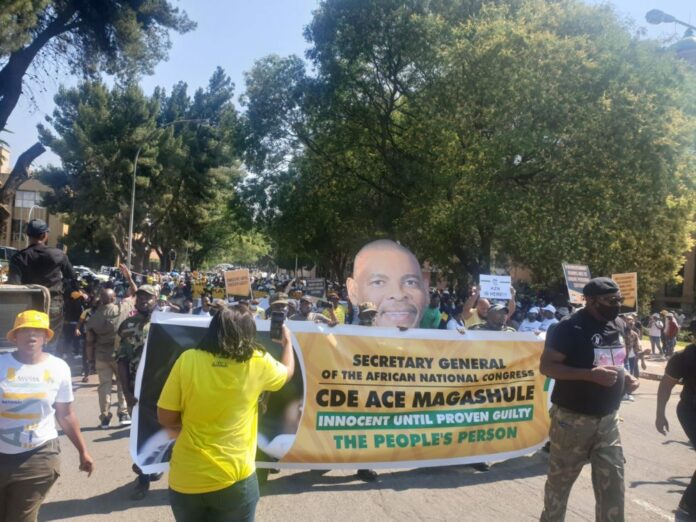 Magashule had to hand himself to the Hawks at 10am.

Dozens of supporters of ANC secretary-general Ace Magashule have descended on the Bloemfontein Magistrate Court.

Soon a scuffle broke out between the police and ANC senior member Supra Mahumapelo and Karl Niehaus.

Magashule’s charges relate to failing to exercise oversight in the with the Prevention and Combating of Corrupt Activities Act.

But his supporters are out in song, draped in ANC colours and singing songs in his praise.

Some are carrying placards written “innocent until proven guilty” while others are wearing t-shirts written, “hands-off Cde Ace Ace Magashule”.

Members of the Umkhonto we Sizwe Military Association – dressed in camouflage- are also belting out Struggle songs.

Magashule is expected to address his supporters after his court appearance.