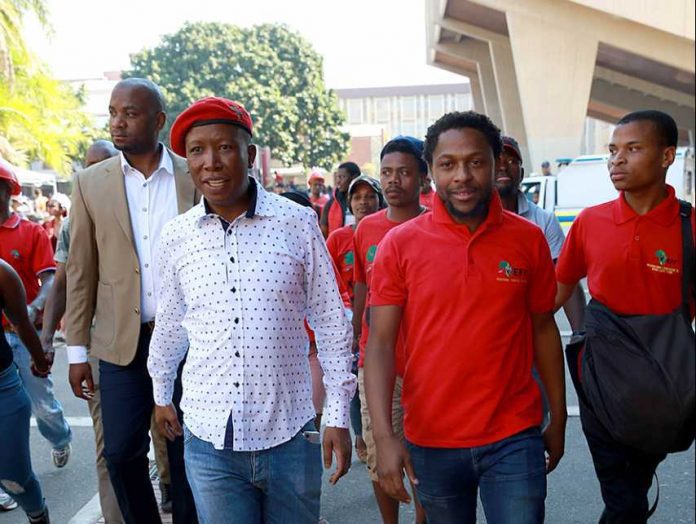 The assault case against EFF leader Julius Malema and his comrade Mbuyiseni Ndlozi has been postponed to September 29 for final arguments and judgment.

The duo appeared at the Randburg magistrate’s court on Friday to answer to a charge of assaulting Lieutenant-Colonel Johannes Venter during the funeral service of struggle veteran Winnie Madikizela-Mandela at the Fourways Memorial Park, Randburg in 2018.

Both Malema and Ndlozi pleaded not guilty to the charge.

Taking the stand on Friday, Ndlozi told the court how his rights were violated when Venter refused to let them into the graveyard even when they had the required accreditations.

Ndlozi testified that Venter was never assaulted, saying Malema grabbed the officer’s hand and tried to negotiate with him, which led to a quarrel.

“I felt fundamentally violated. I was denied not just my right to freedom or our freedom to movement, but also the dignity to mourn somebody we had a relationship with,” he told the courtroom.

“Somebody, despite having a relationship with, whom we had been at countless moments told that we may not be able to attend her funeral, when Mr Venter acted in that manner and even refusing any form of engagement, it was a fundamental humiliation.”

In June, the duo submitted a section 174 application to have the matter discharged, arguing that the state did not have sufficient evidence to convict them, hence the continuous delays in the case.

The magistrate ruled against the application.

In May, Malema told dozens of his supporters who had converged outside the court building that the trial was a waste of time, and that it kept him from doing his political and organisational duties.

To the delight of his supporters, the commander-in-chief of the red berets also said the case was the longest trial of assault in history. “We are now four years into a useless trial.”