Johannesburg- South Africa’s Minister of Transport Fikile Mbalula has had his say on the African National Congress (ANC’s) failed coalitions with other parties.

Mbalula who also served as the ANC Head said the ANC did not lose elections, but coalitions due to smaller parties ‘ganging up’ on the ruling party.

“We won Joburg without outright majority BUT they decided to give Joburg to the DA. The people of Joburg voted for the ANC not the DA. But we accept the coalitions arrangement it did not favor us,” he wrote on Twitter.

“Smaller parties coming together to oust the ANC, that is what is happening in the metros and it happened others define it as “punishment” if there’s any punishment is by our voters who did not come out in numbers to vote, we respect their stance we need to address their issues,” he added.

View the tweets by the minister below:

We didnt lose elections we lost to coalitions bcos of our failure to ganer outright majority to govern. #coalitions

We won joburg with no outright majority ,Smaller parties led by ActionSa and Eff ganged up against us and formed a DA led coalition. #Coalitions pic.twitter.com/xgD4uDxC0I

We wish new formed coalitions in the metros great success 🙌 we will define our role succinctly as an opposition the Anc will continue to serve our people even in opposition benches .#Coalitions

Mbalula said, small political parties led by Action SA and EFF ganged against the ANC and that cost them the Metros.

They gave the DA the metros and DA accepted graciously without any conditions and humility ,Nam if i were DA i will take it,Eff gave us conditions. #Coalitions

We accept our fait we cant blame it on anyone , No political party is expected to make us a favor ,So stop blaming Malema for what he did and his party it is their political choice. #Coalitions

Advocate Dali Mpofu’s also weighed in on the matter on Twitter.

Take a look at the comments he made below:

The real mystery is how all these self-styled political journalists,analysts & experts “did not see it coming”!😂

Its the EXACT same EFF strategy we INVENTED in 2016👀

It delivered great outcomes in just 5years..So this time we simply PERFECTED it!✊🏾✊🏾✊🏾#LandOrDeath#Woza2024

The once mighty ANC has just surrendered the capital city without even putting up a fight….This IS the beginning of the end!#EFFSiyabongaRally #LandOrDeath 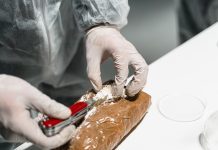 Hawks pounce on vessel ferrying R240 m worth of cocaine 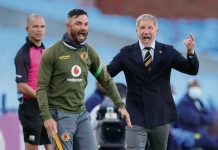 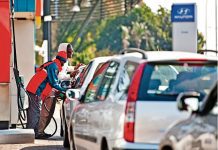 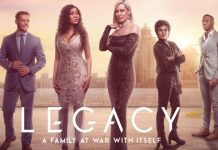