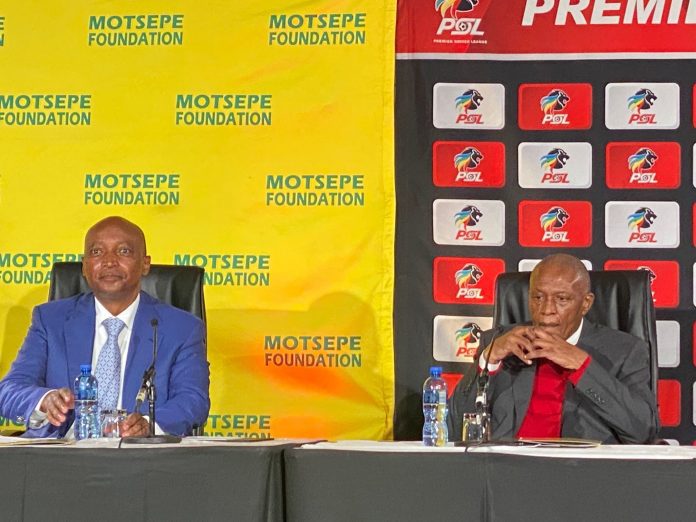 Patrice Motsepe has come to the rescue of the Premier Soccer League (PSL) after First Division sponsors, GladAfrica, pulled out on short notice.

On Friday, the Motsepe Foundation Championship was launched and will replace the GladAfrica Championship. The urgent deal, which will run for the next five years, was struck with only a week before the new season’s fixtures are released.

“Irvin Khoza [PSL chairman] contacted me yesterday [Thursday] and requested to meet with me urgently. After talking to the trustees of companies associated with the Motsepe family, an agreement was reached to relaunch the Motsepe Foundation Championship,” said Motsepe.

“We would like to thank the chairman [Khoza] for his relentless efforts to attract sponsors and partners to the PSL. South African football has a long and proud history and has produced some of the most talented players in Africa and the world.

“It is an honour for the Motsepe Foundation to make a humble contribution to the development and growth of football in South Africa and to making the South African football amongst the best in Africa and globally.”

Khoza said the PSL is grateful to the Motsepe Foundation for contributing to the sustainability and promotion of SA football.

“I am excited that my urgent request to the family for support was accepted and activated at short notice. I knew that Dr Patrice Motsepe would be departing for Morocco on Friday night for the CAF Women’s Afcon [Africa Cup of Nations] and we wanted to conclude and launch before his departure,” said Khoza.

Part of the sponsorship funds will be used to increase the prize money and for youth football development. Policies will also be crafted to ensure there are more young players on the field of play in the Motsepe Foundation Championship.