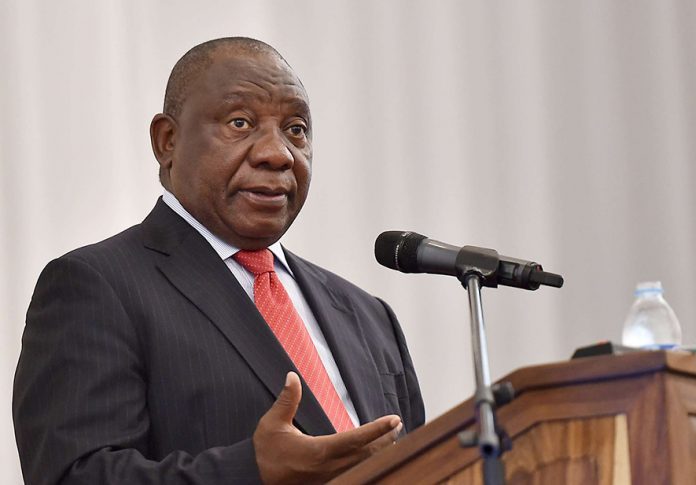 The Presidency has rejected speculation about interference in the judiciary following the delay in the release of the fifth and final volume of the State Capture Report.

In a statement on Tuesday, the Presidency spokesperson Vincent Magwenya said: “The Presidency [therefore] rejects claims that the president [Cyril Ramaphosa] has in any manner interfered with the work of the commission or the judiciary as speculated by some opposition parties.

“Communication between the chief justice [Raymond Zondo] and the president has been over the delays in the delivery of the report and finalising the date for the official handover of the report.”

According to Magwenya, a new date for the handover has been set for Wednesday, June 22. “A tentative date of Wednesday 22 June 2022 was therefore agreed due to this further delay, and to president Ramaphosa being scheduled to deliver the eulogy at the official funeral of [AmaMpondo] King Zanozuko Sigcau on Tuesday, 21 June 2022 in Flagstaff, Eastern Cape.

“In its communication dated 20 June 2022, the commission stated that due to challenges in processing part V and VI of the report on time for the handover to the president by 18h00 today [Monday], 20 June 2022, it has been agreed to move the event to Wednesday, 22 June 2022 in Cape Town.”

Zondo has also denied the allegations that he was falsifying the report hence the delay. In a statement on Tuesday, he said he did not meet with the president and added that Ramaphosa did not interfere with his work as the chairperson of the commission.

“The postponement of the handover of the report was agreed upon at the instance of the chairperson as he wished to check the report for errors for the last time,” said Zondo.

Speculation on social media was that the fifth instalment of the report would implicate former spy boss Arthur Fraser in an attempt to discredit him for the allegations he made against Ramaphosa. Many also believe that the report was only delayed because it was still being “doctored”.

Fraser opened criminal charges against the president at the Rosebank police station on June 1. The charges emanate from theft that took place at the president’s Phala Phala farm in Limpopo on February 9 2020, where millions of dollars allegedly concealed at the farm were stolen.

Fraser alleged that Ramaphosa was in cahoots with the “criminals” who were colluding with his domestic workers.

The Presidency later confirmed that theft took place at the president’s farm, but denied Fraser’s allegations that Ramaphosa was involved in the missing “millions”.

One South Africa Movement leader Mmusi Maimane has questioned the independence of the judiciary, stating that it should stand or fall on its own merit.

“What are the private meetings about? The speculation is not coming from nowhere. Firstly, the deadline was the 15th, secondly these private engagements between the CJ [chief justice] and implicated people reasonably lead to questions of judicial independence,” said Maimane.

DA leader John Steenhuisen said: “The delay in the release of the final report of the Commission of Inquiry into Allegations of State Capture, reportedly as a result of a meeting between Ramaphosa and Zondo to discuss the timing of the handover, is wrong and deeply unethical.”

According to the DA, the ANC’s cadre deployment policy fuelled the capture of the state. The party has also released a documentary that exposes the ruling party. The documentary, titled Cadre Deployment, the story of State Capture, premiered on YouTube on Monday.

The final instalment of the report is expected to include findings of investigations into the State Security Agency and the SABC, Passenger Rail Agency of South Africa, and the Estina Dairy Farm, among others.