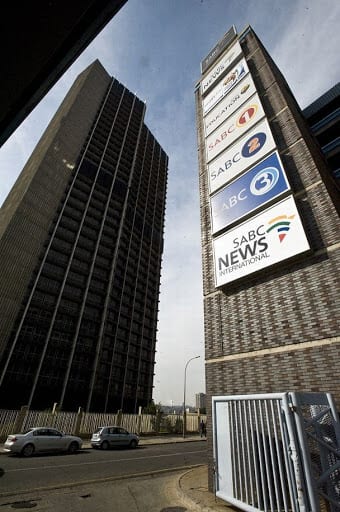 The SABC application dismissed by labour court
The SABC’s application to review and set aside the appointment and promotion of 27 of its employees has been dismissed by the labour court.
The ruling comes after two months of mass litigation following the SABC’s decision to clean itself of employees it had deemed as Hlaudi Motsoeneng’s appointment.
In its application, the SABC had asked for an order reviewing and set aside the appointments arguing that they were irregular as proper processes were not followed.
Sunday World can reveal that Judge Graham Moshoana, who presided over the mass case, found against the SABC stating that the labour court had no jurisdiction on the matter.
Moshoana also dismissed a counter application by an SABC employee Nothando Maseko who demanded that the SABC pays her for breach of contract.
Among the employees who survived the chop following this judgement is Head of Governance and former SABC Company Secretrary Theresa Geldenhuys, Group Executive for Commercial Enterprises, Tshifiwa Mulaudzi, whos is also locked in another legal battle with the broadcaster, Ayanda Mkhize, Nompumelelo Phasha, Thandeka Ndlovu, Gugulethu Radebe, Dimakatso Motsoeneng, Palesa Chibisi and Lesego Kgwebane.
The judgements also indicate that the SABC had also withdrawn the application against two employees, namely, Nyiko Mahlaule and Tendai Matore.
By Aubrey Mothombeni

Can rap, can act, can do it all