SABC’s Mxakwe ‘a boss from hell’ 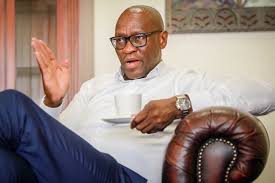 SABC GCEO Madoda Mxakwe has been labelled a bully and accused of abuse of power by a group executive, who claims he has been trying to purge her.

The GCEO is also accused of having instructed SABC head of IT, Craig van Rooyen, to hack her e-mails and those of former COO Chris Maroleng while they were on a work trip in Limpopo.

Nada Wotshela, group executive for radio, also revealed that the SABC top boss always humiliated her publicly during staff meetings and sometimes in the presence of junior staff, portraying her as an incompetent executive.

Mxakwe has also been accused of ordering a clandestine investigation against SABC head of provinces Leuba Ramakgolo, to find dirt he could use in order not to renew his contract.

All these details are contained in a grievance letter fled by Wotshela and sent to SABC board chairperson Bongumusa Makhathini and other board members.

According to the letter, dated March 19, Wotshela said she nearly resigned after one of the confrontations during which he allegedly labelled her an incompetent executive. However, Maroleng, who was her line manager at the time, convinced her not to.

She mentioned in the letter several events instigated by the GCEO that left her hopeless and feeling defeated.

Mxakwe has also been accused of ordering a clandestine investigation against SABC head of provinces Leuba Ramakgolo, to find dirt he could use in order not to renew his contract.

Among the events Wotshela listed was the hacking of her e-mails and those of Maroleng.

She said Maroleng received a call from Van Rooyen, informing him that he had been asked by Mxakwe to give him access to their e-mails.

She said she was shocked by the request, saying that to this day, she still does not know what she was being investigated for. She said she was also put under pressure by Mxakwe to suspend or discipline Bonga Mpanza, the former SABC KZN provincial GM, despite the fact that there was no solid evidence linking him to any wrongdoing.

Wotshela detailed an incident during which she was put under pressure by Mxakwe to discipline an employee and her line manager for allegedly using her personal credit card to pay for certain elements of the Metro FM Music Awards.

She said she had chosen to subject the employee to a progressive DC for saving a dire situation, but she said Mxakwe was not happy, and he used the situation to question her leadership skills, accusing her of letting the employees off the hook.

She also detailed another incident where Mxakwe lashed out at her in his office in the presence of three colleagues after she cautioned against the publishing of a DC report of an employee who had turned to Facebook to criticise the SABC’s decision to terminate her contract.

She said Mxakwe accused her of being indecisive and poor leadership in front of her colleagues. She said she nearly resigned after this incident, but said she was stopped by her line manager from doing so.

On abuse of power allegations, Wotshela said Mxakwe had instructed Maroleng and Van Rooyen to formulate charges against her. She said he never did because they knew she had done nothing wrong to warrant such action against her.

The straw that broke the camel’s back, according to Wotshela’s grievance letter, was a recent event during the Coronavirus pandemic after employees were allowed to travel to Morocco to attend a conference.

She said she was asked by Mxakwe to attend to a complaint by a shop steward, but said he later lashed out at her because the employees had already left the country.

She said Mxakwe had accused her of putting the country at risk, despite that there was no travel ban at the time.

“It has taken me the longest time and serious anguish to get to this point where I find myself having no option but to file a grievance… I have endured bullying and the most acrimonious treatment at the hands of the SABC GCEO. The events of the past week and even this week have demonstrated to me that this will never end until I do something about it. This treatment started few months after the GCEO joined the organisation and at the time I dismissed it. “I thought it to be the behavior of somebody who does not understand the broadcasting environment, hoping that he will soon learn that some of the things that vex him are part of the environment we operate in… However, months went by and the attacks and abuse of power continued and got even worse, to a point where last year I was seriously considering resigning.”

SABC spokesperson Mmoni Seapolelo said: “The SABC can confirm that the group executive for radio, Ms Nada Wotshela, submitted a grievance letter to the SABC board against the SABC’s GCEO, Mr Madoda Mxakwe. “All allegations made will be dealt with in an independent forum where both executives will be afforded an opportunity to deal with the issues raised.”