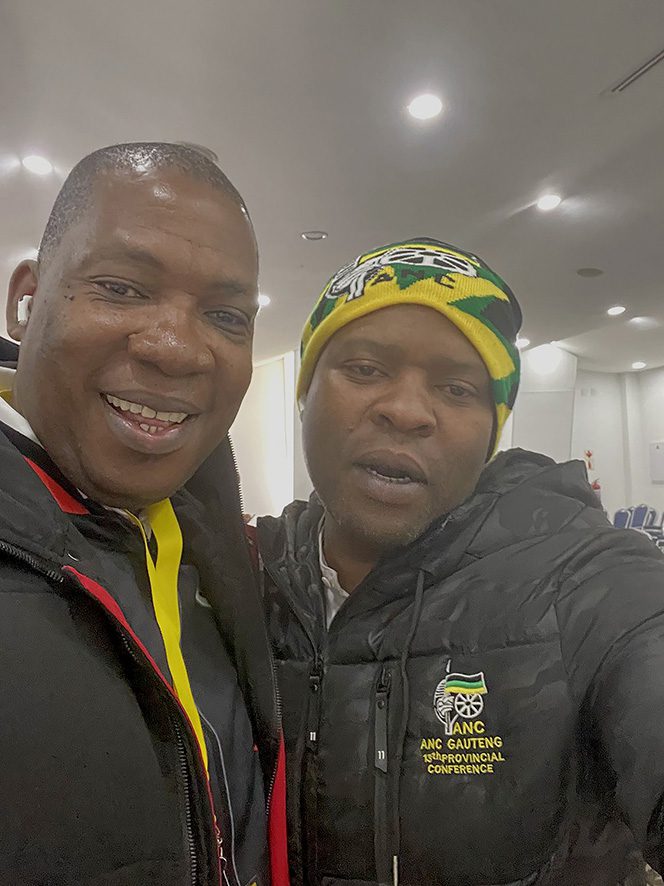 The stakes are getting higher in the battle for the soul of the ANC following the drama that ensued at the weekend.

The conference was marred by an urgent court application, talks of unity collapsing and a rebellion against the outgoing leadership of Gauteng.

At the time of going to press, the delegates were set to go to commissions to discuss reports – political, organisational and financial – and the contentious issue of credentials, which determine who will vote for a new chairman and provincial executive.

The contest between the Cogta and human settlements MEC Lebogang Maile and education MEC Panyaza Lesufi, was expected to go to the wire after Maile’s allies rejected a proposed deal that would have seen him become deputy provincial chairperson.

“There is going to be one chairperson and that is Maile. This thing is going to the wire. We need a ballot,” an ally of Maile said.

Both Maile and Lesufi campaigned on the ticket that they are the best suited candidate to retain the ANC as the governing party in Africa’s richest province in the 2024 general elections.  The ANC lost control of key economic hubs, Joburg and Ekurhuleni and the capital city, Tshwane at last year’s local government polls.

As efforts to unite the two warring factions stalled, an ANC member from Ekurhuleni, which is one of the strongholds of Maile, launched a court challenge to interdict the conference.

The 19 quarantined votes emanate from five branches that participated in last month’s violent Ekurhuleni regional conference. They are subject to disputes over verification processes.

On Friday, the Gauteng PEC decided to proceed with the conference and deferred the matter of the quarantined votes to the new leadership of the organisation in the province.

Ngomane said in his court papers that the approach of the PEC and NEC was flawed.

“The approach adopted by the NEC and the PEC is simply unworkable and makes a mockery of the democratic process envisaged in the ANC constitution. The ANC is the governing party and will likely get the highest support of the electorate in the 2024 general elections in the country. As such, the credibility of its processes is crucial not only to it, but the stability of the country and its economy,” he said.

Speaking on the sidelines of the conference, ANC Gauteng outgoing chairperson David Makhura said the party would defend the matter in court.

The quarantined votes became a proxy battle during the meeting of the NEC on Thursday night.

After tense discussion on the matter, it was decided that the PEC should resolve the matter.

This is after supporters of President Cyril Ramaphosa pushed for the Ekurhuleni conference to be rerun.

Meanwhile, delegates at the Gauteng conference on Friday night rebelled against the party’s outgoing provincial secretary, Jacob Khawe, after his office failed to print documents for the conference.

“Khawe wanted to present the organisational report through his laptop or cellphone. Delegates became mad and demanded that he provide them with conference packs that will include his report. Since late yesterday (Friday) the conference has been adjourned pending printing of such,” a source said. The Gauteng conference came as the succession battle in the ANC was shaping up, with Ramaphosa leading the race to get a second term.

Ramaphosa’s allies have already won huge chunks of support in the Eastern Cape, Mpumalanga, Limpopo and the Northern Cape.

The so-called Radical Economic Transformation faction was pushing to make big inroads in Gauteng – with its foot soldiers mostly in Ekurhuleni – and KwaZulu Natal, where the faction enjoys support in the party’s biggest region eThekwini and other regions.

KZN, Free State and the Western Cape are among the provinces that are still to convene their provincial conferences. Additional reporting by Bongani Mdakane.