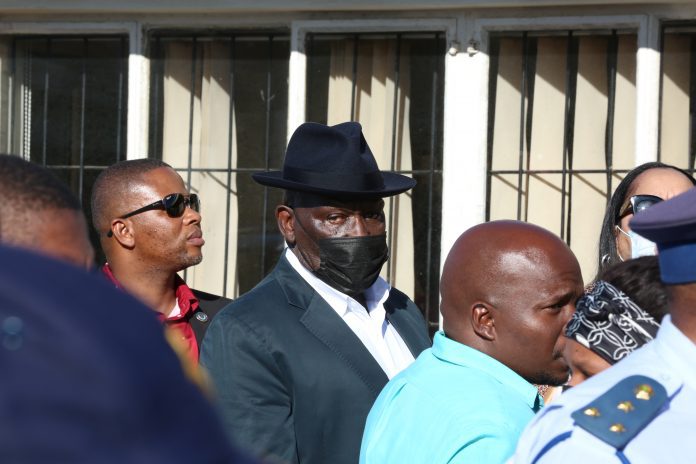 Substance abuse is the main reason young people frequent the taverns, said Eastern Cape premier Oscar Mabuyane, as the police try to find answers to the deaths of 21 teenagers at an East London tavern early on Sunday morning.

Mabuyane criticised the city’s bylaws that permitted the location of the tavern within a residential area and said it is an enticement for young people to consume alcohol. The owner of the tavern, Siyakhangela Ndevu, also came under attack from the premier, who blame him for allowing minors into to his tavern.

Mabuyane said: “We’ve agreed that the tavern owner cannot continue to trade under the current circumstances. When you take a closer look, you could see that the laws were broken, such as serving minors with alcohol and selling alcohol during the prohibited hours.”

Ndevu said he would subject himself to the investigation, noting that the incident was unexpected. “This is not what I was expecting as a business person, but things of this nature occur when no one is expecting,” said Ndevu. “I’m very sorry for what has happened, we are looking into it.”

Meanwhile, Police Minister Bheki Cele said police are following leads. Earlier on Sunday, Cele announced a national team of top forensic pathologists who will offer help to the provincial team to speed up the investigation.

The minister broke down after identifying the remains of the 21 victims at the Woodbrook mortuary. Distraught parents also could not hold back the tears. The police chaplain who was present at that time led a quick prayer, affording Cele time to compose himself and spoke to the parents.

When asked about what brought him to breaking point, Cele said it was seeing the face of tragedy when the scenes of young people in plastic bags showing their faces lay down in the mortuary.

He said whether or not the parents had permitted them to go out they were not expecting to be picking up their dead bodies in the morning.

“You go there [to the tavern] to enjoy yourself and be nice. And the parents, some agreed that they can go there, some didn’t agree but come the morning, you collect many, many, dead bodies. If you are a human being, let alone when you are a parent, it is heartbreaking.”

The minister ruled out rumours that there was a stampede at the venue.

The act stipulates that alcohol cannot be sold to persons under the age of 18.