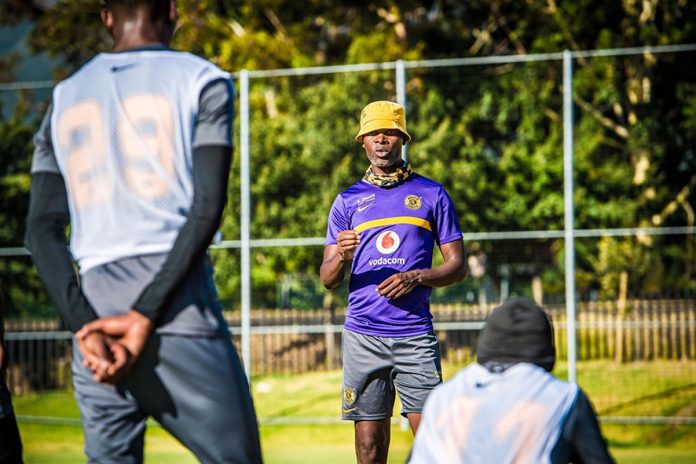 As the PSL’s 2021/22 league season wrapped up yesterday with Super Saturday matches, it was interesting noting what Kaizer Chiefs interim co-coach Arthur Zwane said as he opened up about the difficulties of bringing “quality” players to the club.

What was also an eye-opener was what the former Amakhosi midfielder said about the technical team and coaching setup at his club, an institution he has served for more than two decades as a player since joining the Glamour Boys from Tembisa Classic in 2000.

Zwane, who is popularly known by the monicker “10111”, after the crime response hotline because of his pace, lamented the lack of quality players in the country, something he believes is Chiefs’ Achilles heel.

It is a heart-breaking scenario for Zwane to witness another season without a trophy in the cabinet – the seventh in a row – more so with him taking over towards the end of this campaign for the second season in succession.

First, there is a young player development setup and academy at Chiefs, meant for the club to groom a crop of young players and promote them to the first team to bring glory to Naturena.

Secondly, Chiefs have, over the years, been notorious for not breaking the bank to sign the most sought-after talent in the country. No, for them players are over-priced.

Their fans have often alluded to this and criticised the club for going for the low cost and ageing players.

Thirdly, sadly for the Chiefs players doing duty as we speak, Zwane did not pull punches when he intimated that the players they have do not bring some form of identity in how the team should play.

But again, is it not Zwane and Company’s responsibility to carve the identity they are yearning for out of the players, starting with those promoted from their development and reserve sides?

Here’s Zwane in his own words: “The style of play is key. You can’t go out there and hope you’ll challenge for honours when you don’t have identity. Identity is key and will make everyone, from the players to the technical staff, account.”

The Chiefs mentor, who has been called on to rescue the sinking ship whenever the head coach falters, and holds a Uefa B Licence in football coaching course from Belfast in Ireland, is partly to blame, as the assistant and at times head coach, for the deterioration of standards as he has been there for donkey’s years.

And one could ask: what is difficult and what hindrances do Chiefs have in going beyond our borders to sign quality players that would wear the gold and black colours with aplomb?

The Glamour Boys have a long list of sponsors and partners: Vodacom, Toyota, Nike, Carling Black Label, Medshield, Kaelo and SuperSport as the PSL’s official broadcaster.

For Kaizer “Chincha Guluva” Motaung, the club founder and patriarch, the Chief’s badge is dearest to his heart. And I often wonder what he’s thinking is when the high standards he set since 1970 are spiralling downwards.

Zwane also sounded not too optimistic about whether he will be at the helm or appointed to the hot seat next season for him to sign the quality he yearns for. “As of now, I don’t even know whether I’m going to be part of the team.”