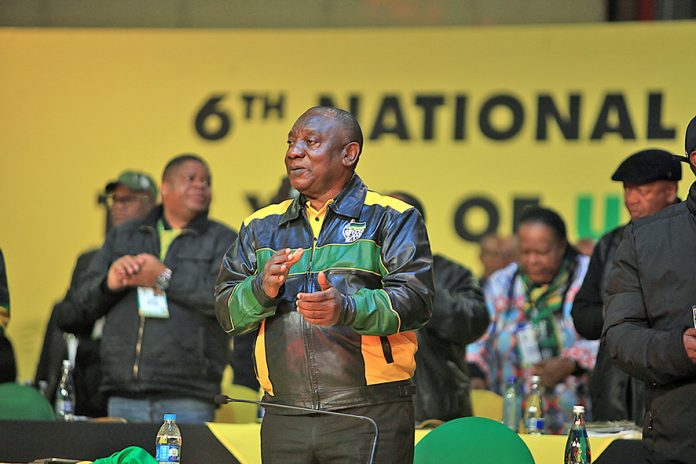 President Cyril Ramaphosa dodged a bullet this week as his allies strengthened his chances of being re-elected as ANC president at the elective conference scheduled for December.

This comes after they successfully thwarted two attempts to evaluate his leadership of the party at the policy conference taking place in Johannesburg.

Ramaphosa’s inner circle stuck to its guns that the policy conference would not take the characteristics of a national general council (NGC) – a mid-term review that allows party members to evaluate the work of the national executive committee (NEC), which he leads.

This would also have led to an assessment of Ramaphosa as party leader.

Ramaphosa went into this week’s policy conference weakened by the Phala Phala game farm scandal and the growing rebellion from some provinces against the step-aside policy, which critics claim has been used to sideline his opponents, like suspended party secretary-general Ace Magashule.

Sunday World understands that Ramaphosa drew first blood on Tuesday at the national working committee where his allies defeated an attempt to have Paul Mashatile in his capacity as the acting secretary table an organisational report at the policy conference, which would have allowed the plenary to evaluate the work of the NEC.

The push to have the organisational report tabled is said to have been led by Ramaphosa’s nemesis, Tony Yengeni. However, the proposal was shot down and only Ramaphosa addressed the policy conference.

The president’s allies feared that the tabling of an organisational report would have been akin to having an NGC within a policy conference.

According to the party’s constitution, the NGC must receive and discuss reports of the NEC, and has the power to ratify, alter or rescind any decision taken by any of the constituent bodies, units or officials of the ANC, except the national conference, including the evaluation of the performance of members of the NEC.

The ANC’s constitution is also explicit on which reports must be tabled at the national conference and the NGC (organisational and political reports) but is
silent on the policy conference.

It is this technicality that Ramaphosa’s allies are said to have pounced on.

Party members who felt they needed to have the NEC account for its stay in office raised the issue on Friday night at a closed session of the policy conference.

Eastern Cape provincial executive committee (PEC) member Andile Lungisa was the first to stand up to ask that an organisational report be presented and discussed.

Rudzani Ludere, the regional secretary of the ANC in Vhembe, Limpopo, called for the NEC to account for its stay in office since being elected more than four years ago and for the organisational report to be presented.

“We haven’t gone to NGC [since the 2017 conference]. We are at the policy conference. The NEC of the ANC must not refuse to account.

“We can’t review policies when we don’t understand how far you have gone in terms of implementation of the 2017 resolutions,” he said.

“There must be some sort of accountability with the policies we have taken before, so that we run away from a situation of calling another policy conference without implementation,” she said.

“We need to know how far we’ve gone and the leadership of the ANC, entrusted by us branches, must be able to account. I do not know why we have to run away from accountability because we all agree that we must account,” she added.

Lungisa yesterday said: “Traditionally in the organisation the NGC is a midterm review. It was going to make it easier for the policy conference. It is not a small issue if you have removed a secretary-general. But it’s only a matter of four months. In December, we will correct what is wrong and our unhappiness will be demonstrated.”

All these attempts and others were shot down by the ANC’s chairperson, Gwede Mantashe.

The NGC has traditionally been seen as a litmus test for ANC leaders and for critics to flex their muscle ahead of a national conference.

Sunday World understands that the Radical Economic Transformation grouping in the ANC, which is opposed to Ramaphosa’s re-election as party leader, wanted a repeat of the 2005 NGC, which weakened then ANC president Thabo Mbeki and launched a platform for him to be dislodged by Jacob Zuma two years later.

The party had to scrap its plans to hold its NGC in 2020 following the outbreak of Covid-19.

NEC member Mmamoloko Kubayi said the only criticism that can be levelled at the current NEC is that it was too lenient on ill-discipline.

“Even at some point to us as the NEC we couldn’t become coercive enough to instil discipline. So, it is not about the president, but us as NEC members. There are lessons learnt that we should be able to take out of this conference. This is the first president who didn’t have the majority of NEC literally going out to defend the president,” she said.

NEC member Ronald Lamola defended the work the NEC has done. “There is no NEC in the history of the ANC that has led during the period of insurrection, during the Covid-19 and economic crisis orchestrated by the global war between Russia and Ukraine.

“All these issues disrupted what was an economic recovery plan. We have implemented the programme of the ANC during the most difficult time,” said Lamola.

Going to the last day of conference today, the RET faction looked set to be headed for another big defeat, with many delegates at the policy not buying into calls to have the step-aside rule done away with. The party’s biggest province, KZN and its second-biggest branch, Limpopo, launched a spirited attempt to the rule scrap scrapped. The party’s bigwigs, including Magashule, eThekwini chairperson Zandile Gumede and erstwhile Limpopo treasurer Danny Msiza, were asked to step aside from leadership positions after being charged with serious crimes.

ANC Eastern Cape provincial secretary Lulama Ngcukayitobi said the message of ANC renewal is meaningless if its members who are facing serious charges are not asked to step aside from party activities and government deployments.

He said the delegation of 154 Eastern Cape members that attended the ANC policy conference had come to defend the step-aside rule and present certain proposals on how it can be strengthened.

“We have in our ranks people who have lost political consciousness.

“It’s only people who don’t care about the integrity and standing of the ANC who will attack and call for the scrapping of the step-aside rule. This stems from the fact that people have decided to individualise the rule and decided that the ANC is secondary to their narrow interests,” he said. 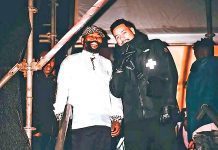 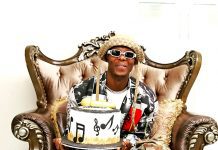 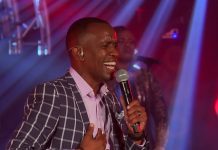 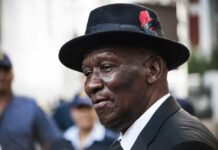 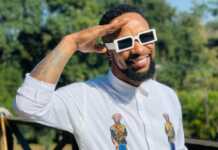 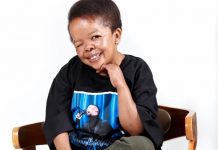