The year the DA imploded 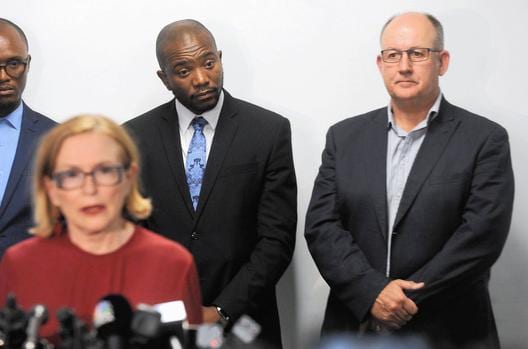 If there is anything that 2019 will be remembered for politically, it is the implosion of the official opposition, the DA.

For quite some time, erstwhile DA leader Mmusi Maimane had been fighting a white, conservative grouping within the organisation that was unhappy with the direction of the party.

They were unhappy that he was using the party to highlight the plight of the poor black majority and pushing for policies to dismantle apartheid imbalances.

In one of the developments that changed the country’s political landscape, perhaps irrevocably, Maimane and former Joburg mayor Herman Mashaba finally threw in the towel in October, saying the DA was racist and not a vehicle to build a South Africa for all.

This came after a poor performance during the May general elections and a dramatic comeback by former party leader Helen Zille, who was elected federal council chairperson.

Maimane and Mashaba have since formed “The People’s Dialogue” to build one South Africa for all, in a move that appears to be a precursor to the formation of a fully-fledged political party that will contest elections.

Their departure and Zille’s comeback precipitated the tumultuous turn of events in metros this month, in which the coalitions formed on the back of cooperation between Maimane and EFF leader Julius Malema collapsed, giving way to a realignment of forces, especially in Johannesburg, where the ANC regained the city.

This also saw the ANC saved from demise. In May, the governing party scraped through an electoral win with a reduced majority of just over 57%.

It was argued that the so-called New Dawn (the election of Cyril Ramaphosa at the ANC elective conference in 2017) saved the party from the brink of collapse.

And, to a large degree, disorganised opposition parties proved their own worst enemies.

But it was not a smooth sailing year for Ramaphosa. 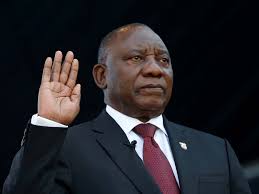 In July, public protector Busisiwe Mkhwebane – whose office suffered major court defeats this year – found Ramaphosa had misled parliament when he answered a question regarding a R500 000 donation that his CR17 campaign received from facilities management company Bosasa.

Ramaphosa has since taken the report on judicial review.

For its part, Bosasa’s empire crumbled this year, thanks to testimony at the Zondo state capture commission by former COO Angelo Agrizzi, who returned to the witness stand in March. This month, an auction of the company’s assets – stemming from liquidation – raked in more than R100-million.

The year is also ending on a sour note for Ramaphosa, after Eskom’s troubles continued to undermine his efforts to resuscitate the country’s economy.

The embattled power utility’s unprecedented move to trigger stage six load-shedding completed a tough year for Ramaphosa – a year when the economy remained stagnant, while unemployment reached its highest level since 2008.

It is not only Ramaphosa who had a difficult 2019. 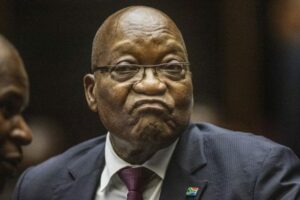 Former president Jacob Zuma had a year from hell, during which he appeared to be running out of options in trying to avoid having his day in court.

The liquidators of VBS Mutual Bank, which loaned Zuma R7.8-million to pay for non-security installations at his Nkandla home, have filed a court application to force him to pay back the money.

This is while the Pietermaritzburg High Court last month rejected – with costs – his bid to have a permanent stay of prosecution in connection with the fraud and corruption charges he is facing.