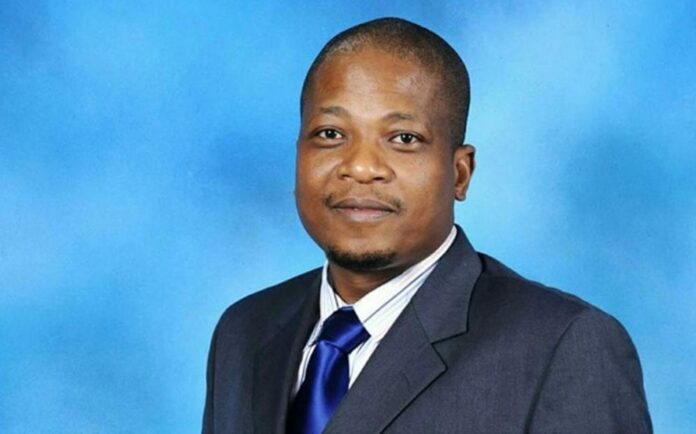 Black business is up in arms over its alleged sidelining in the allocation of multimillion-rand contracts for purchasing of equipment for the fight against Covid-19, including ventilators and personal protective equipment (PPEs).

President Cyril Ramapho­sa announced this week that R20-billion had been set aside for the Department of Health as part of the R500-billion stimu­lus package to help the country weather the storm of the global pandemic.

The Solidarity Fund, which Ramaphosa set up to channel funds in the national effort to curb the spread of coronavirus, this week announced that it had raised R2.6-billion in pledges since it was established about a month ago.

Yesterday, Black Busi­ness Council CEO Kganki Matabane said they have asked government and Business for South Africa (B4SA) a list of companies that have benefit­ed from government’s procure­ment of equipment related to the fight against the coronavirus.

B4SA was formed in re­sponse to the outbreak of Cov­id-19. Its members include the BBC and Business Unity South Africa. The organisation has work streams that deal with Covid-19 procurement with funding from government and the Solidarity Fund.

“It is unfortunate that we have to constantly remind people that the constitution of the Republic of South Africa and the Broad Based Black Economic Empow­erment Act are not suspended,” Matabane said.

“We have noticed some ac­tions by those who are against economic transformation of try­ing to sideline black- and wom­en-owned suppliers. We have subsequently raised this matter with people who are responsible for procurement – government, Business for South Africa and the Solidarity Fund.”

Matabane said they were awaiting a report this week from B4SA on the names of compa­nies that scored contracts for Covid-19 procurement.

Last week, it emerged gov­ernment had centralised the procurement of PPEs in the of­fice of the chief procurement of­ficer Estelle Setan to save mon­ey amid price-gouging and a volatile rand. Setan’s office has appointed Tshwane-based Im­perial Health Sciences (IHS) as the agent to help with the imple­mentation of the system.

IHS is a business unit of logis­tics giant Imperial South Africa. The non-executive directors of the multinational company in­clude Phumzile Langeni, Gra­ham Dempster and Peter Coop­er. Langeni is one of Ramapho­sa’s investment envoys.

Langeni confirmed Imperial was a lead logistics provider for B4SA. “Imperial also uses other logistics companies both locally and internationally. Business for South Africa, identifies the sup­pliers with the approval done by a B4SA panel of seven persons. Acting as a logistics agent, Im­perial generates the purchase order and places it in line with the order approval made by the panel,” she said.

“What’s concerning for me is the racism behind the whole fight,” said a businessman who asked for anonymity. “The black poor are fighting for food par­cels in the townships while our government sits by idly while white business benefits billions from a fund created by the pres­ident. As black business, we must wait, like children, to be allowed in so we can participate. It’s grossly unfair. You go check the facts, you will find that many of us are made to wait for too long to be vetted before we can have a small piece of the billions. It’s unfair and we need this mat­ter investigated,” he said.

Stavros Nicolaou, who heads B4SA’s public health work group, said B4SA procured PPEs “from global suppliers”. “It does this in collaboration with all members, including the BBC and in partnership with the Na­tional Department of Health and National Treasury.”

On local sourcing, Nicolaou said the PPE procurement por­tal had already received 4 500 potential suppliers, and the “pro­curement team has onboarded almost 50% of these in the last nine days”. He could not provide a racial breakdown immediate­ly, promising to be transparent in the days ahead.

“As we build up the country’s stock, we will continue to turn our focus from global sourcing to procuring from local SMEs and empowered companies. The procurement system is geared towards prioritising BBBEE- ac­credited companies. Supporting local procurement, in the mid and long term, is key to not only supporting local producers and suppliers, but also to sustain local jobs,” he added.

Setan, who asked to be sent questions in writing, had not responded to questions by the time of going to press.

Solidary Fund’s Paul Bon­di, who leads fundraising, said this week that about 21-mil­lion masks, as well as hun­dreds of sanitisers and gloves, had been purchased. “The fund has provided for anoth­er 400 000 test-kits and pro­curement of over 200 ventila­tors ….There is also focus on the local manufacturing of masks, gloves and gowns but also of ventilators, ” he said.

Former President Jacob Zuma has apologised for saying that ANC senior member Derek Hanekom is an apartheid agent. In a statement, Zuma, through his foundation,...
Read more
Breaking News

Former President Jacob Zuma’s daughter Thuthukile, who is a political analyst and outgoing chairperson as well as youth league leader, is among the seven...
Read more