A City that prides itself on service

The City of Ekurhuleni under the stewardship of its executive mayor, Mzwandile Masina, and city manager Dr Imogen Mashazi is continuing its winning streak, with the municipality this week walking away with two big accolades at the 19th annual Top Empowerment Awards.

According to organisers of the awards, the Top Empowered Public Service accolade goes to national and provincial government departments, parastatals or agencies that clearly and effectively demonstrate the highest level of black economic empowerment, from staff to suppliers, through to programmes and policies.

Coincidentally, Ekurhuleni has this year adopted the theme: 20 Years of a Responsive and Modern Public Service Partner That Fosters Change Towards Building a Better Ekurhuleni.

Mashazi, a resident of Ekurhuleni, has over 20 years’ experience in local government. She has worked her way through the ranks in the City from operational staff member to COO (chief operations officer), and now city manager. 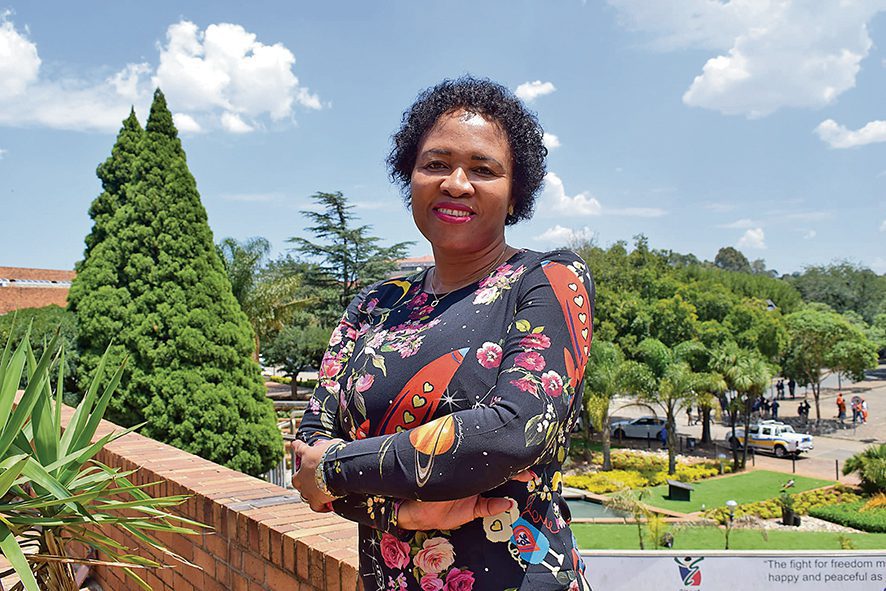 She is also the City’s first female city manager – a position she was appointed to in 2016 – and is currently the only woman to head the administrative structure of a metropolitan municipality in the country.

She says the success of the municipality boiled down to clear and visionary leadership from Masina and his team, and Masina’s insistence on empowering women and the youth.

“It all starts with assembling a strong team of qualified people to key positions. We, as a City, have also put trust in talented young people and women as we transform the City to be able to deliver services to our people and the business community,” she shares.

“We are also proud that we have one of the youngest – if not the youngest – CFOs [chief financial officers] of a municipality in the country. Women also hold key management positions in the City’s administration. The support the team gets from the executive mayor has also put us in good stead.”

The City’s CFO, Kagiso Lerutla, was 33 when he was appointed last year.

Award-winning service delivery Reflecting on her own award, Mashazi says she is humbled to be recognised in a such a way.  “It came as a surprise because I didn’t even know that I was nominated. I later got to know I was nominated by my personal assistant. The fact that both the City and I got such an acknowledgment is a testament to teamwork.”

Bruce says the Public Sector Leader Award recognises people in national, provincial and local government departments who have achieved outstanding results in the last year. “This is demonstrated through financial management, environmental and sustainable development, meeting targets, and positive contributions to the economy, and innovation and excellence in fulfilling their service delivery mandate.”

The City is no stranger to receiving awards. Among the numerous accolades the City has received are back-to-back clean audits, the best quality drinking water in the country, an excellent credit record; and just recently the best service-delivering metro in Gauteng.

The awards come as the City celebrates another milestone. On December 5 2020 year, it will be exactly 20 years since Ekurhuleni came into existence in an unprecedented merger in South African history – the amalgamation of nine towns and cities, and 11 administrations.

The City is also one of the fastest-growing metros in the country. Its 2020 population is estimated at almost 4-million, having grown by almost 424 000 people a year since 2015 due to in-migration, according to the United Nations World Urbanisation.

Ekurhuleni, which is Africa’s manufacturing hub, has also put policies in place to grow small business in order to transform the City’s and, by extension, the country’s economy. One such policy position is a requirement that with all the City’s projects, 30% of the investment will be contracted to small, medium and micro-sized enterprises (SMMEs) within Ekurhuleni.

Another flagship programme of the City to support SMMEs is the Ekurhuleni Community Enterprise Development Fund.

The purpose of the fund is to support the development of community enterprises in the form of individual entrepreneurs, SMMEs, cooperatives, informal traders and formal businesses. It is anchored by the Ekurhuleni 10-Point Economic Plan; a deliberate programme to position Gauteng Eastern Development Corridor as the anchor and footprint of the provincial economy.

The City has prioritised the small business sector as a job-creation catalyst that must be leveraged immediately.

This year corporates have had to adjust operations to a future they could not previously have imagined – and so have their leaders. During...
Read more
Sponsored Content

It was expected that Limpopo, being a largely rural province still battling to shake off its legacy of past neglect under apartheid, would be...
Read more