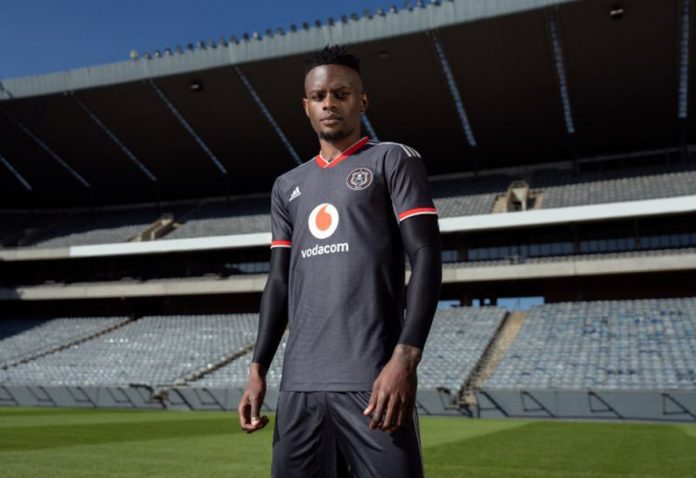 Orlando Pirates’ newly appointed captain, Innocent Maela, has spoken about the influence that his brother, Tsepo Masilela, has had on him. This week, the 29-year-old defender was appointed captain following the departure of long-serving Happy Jele. Richard Ofori will be the Buccaneers’ vice-captain.

Masilela has had a colourful career. He played in the Spanish La Liga for Getafe, spent five years in Israel on the books of Maccabi Haifa, returned to South Africa and played more than 100 matches for Kaizer Chiefs. He was also part of Bafana Bafana’s team at 2010
Fifa World Cup.

“I was talking to Tsepo the other day. I think he played his last match at the age of 37. He said to me that if I want to play soccer for a long time, I must remain focused and disciplined and that I must look after my body and mind,” said Maela.

“He said to me that if you do not do those things I will never reach 35 years still playing. He said at 35, that’s where everything starts and if you want to play football for a long time, make sure you’re in a healthy space mentally all the time. It’s a huge achievement for Tsepo to play football until that age. I have taken a lot of inspiration from Tsepo’s career – I mean, he played in Spain and against players such as Lionel Messi and Cristiano Ronaldo, and for me he is one of the best left-backs we have ever produced in the country. I am not saying that because he is my brother, many people will agree with me,” Maela said.

“Tsepo inspires me a lot and I call him all the time he also calls me after matches and asks me things about the game, he’s always there to help me and I am grateful to him for being there.

“He started struggling with injuries around the age of 30 and I have also picked up a few injuries and I am approaching 30, these things happen. We pray to God to be there and to protect us, maybe it’s a family thing.

“I am also hoping that I do not get more injuries from now on. I have paid my dues and it’s not easy being out injured for four to five months.”

The Pirates technical team has put a lot of trust in the Mpumalanga-born defender.

“A captain is a leader of men, a player who embodies the core values of the club. He inspires those around him and leads in an exemplary manner – on and off the field,” reads the statement from Pirates.

“Maela not only personifies these values, but he lives them. Throughout his football journey… he has been consistent; and never allowing a situation (good or bad) to change his approach.”