Amakhosi players must be sanctioned 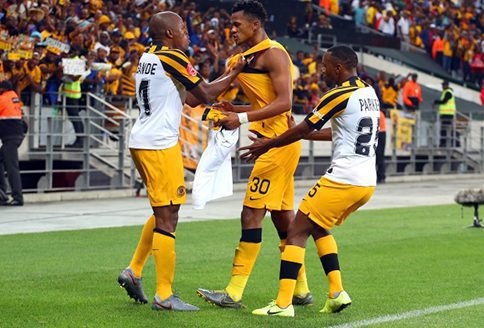 The PSL needs to address the issue

Fresh from his Olympic qualification sojourn in Egypt, Kaizer Chiefs defender Siyabonga Ngezana had his moment of madness during the Premiership match against Stellenbosch FC midweek.

It was his goal celebration after nodding the Glamour Boys into an early goal lead at Cape Town Stadium that put him in a fix with long-serving players, midelder Willard Katsande and striker Bernard Parker, who furiously reprimanding him in the aftermath.

It was the young centre-back’s first goal of the season and after he ripped off his shirt and ran to the cameras to celebrate, the referee rightfully cautioned him as per the rules.

What angered Katsande and Parker was that the yellow card came early in the game. With more than 80 minutes of play still to go, this could have given Stellies players a chance to try get him booked for a second time, and sent off.

The seniors appeared to be asking him why he deliberately invited a booking, with Parker gesturing to the rather emotional Ngezana to use his brains.

Katsande could have easily punched Ngezana as his anger bubbled over. The young national under-23 player’s celebration was overzealous.

Both the actions of the senior players, more so the no-nonsense Katsande, were not warranted, to say the least.

They should have rather left it to the match offcial to deal with their teammate. I also do not condone Ngezana’s behaviour but both sides were in the wrong.

No player has the right to lose their cool to the extent of grabbing their teammate by the vest and rattling him.

Were it not for the other players rushing in to break up the confrontation that was turning nasty and, most importantly, rescue the junior international from a possible beating, the situation could have easily gotten out of hand.

Both sides were wayward in their behaviour. We know Katsande, who was captain for the Stellies game, gets easily infuriated, but he had no right to
abuse the youngster.

There has been mixed reaction on social media to the Ngezana-Katsande incident.

Some Tweeps have shown little sympathy towards the young defender while others lambasted Katsande and his partner in crime, Parker.

Ngezana’s caution aside, Katsande’s behaviour was tantamout to being violent on the field of play, and his actions must be scrutinised by the powers that be at Chiefs, the PSL and Safa’s review committee during their post-match analysis.

Ngezana, the much-maligned defender, whose bustling contribution is overshadowed by lack of game time and injuries, was looking at an opportunity to prove a point but Chiefs did not let the incident impact on their focus as they added three more goals to emerge 4-0 victors against a hapless Stellies.

And all the parties involved in the fracas, Ngezana, Katsande and Parker, must apologise to the soccer-loving people of this country for their misbehaviour and shameful conduct that has disgraced the game.

WC govt warns that 110 000 construction jobs are at risk