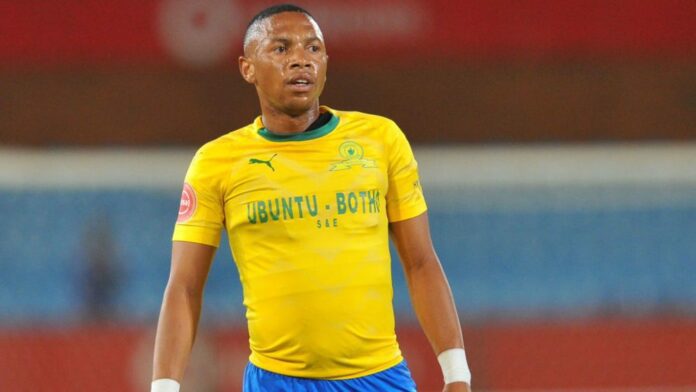 A source close to the team alleged the incident unfolded when Jali and Mahlambi arrived at the team’s training camp at Royal Marang Hotel in Rustenburg, North West, about a fortnight ago to join their teammates.

This after they were left behind because they had failed the team’s medical test because they were under the weather with undisclosed illness. The four-time league championship winners and current title holders last month confirmed that five players had tested positive for the Coronavirus.

The deep throat said after recovering, the duo were told to report to the camp about two weeks ago. “When they arrived, the technical team met with them and
learnt they were reeking of alcohol. Upon further interaction, the technical officials concluded that they were both not in a state where they could train with the team and told them to go back home,” said the mole.

The source said the team is likely to impose a heft y fi ne on the two players as a warning to would-be transgressors that lack of discipline would not be tolerated. Sunday World could not establish at the time of going to press if the two players had returned to the camp.

Mamelodi Sundowns communications manager Mashupje Nkgadima asked us to send him written questions but had not responded to them at the time of going to print. It is not the first time that the former Orlando Pirates star has been caught off side for his alleged binge drinking. In 2018, Sunday World reported that Jali was facing possible expulsion from the club if he didn’t go to rehab.

At the time, the midfield maestro had allegedly failed three pre-training breathalyser tests at the club’s headquarters in Chloorkop since joining from Belgian club KV Oostende.