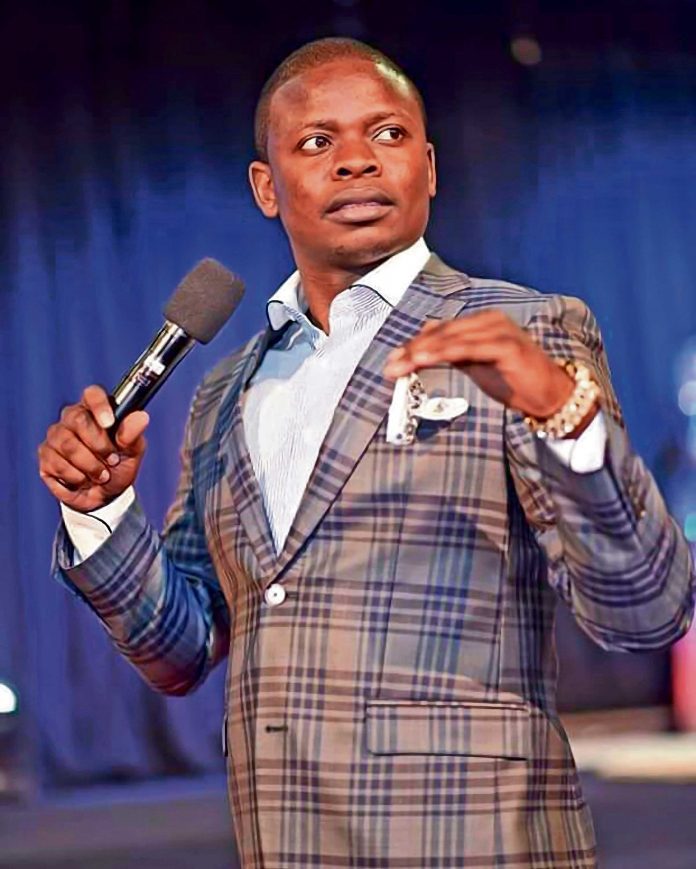 Prophet Shepherd Bushiri was prevented by the Hawks from do­nating food parcels and personal protective equipment (PPE) to the poor in Mpumalanga on Friday.

As a result, the event, which was supposed to have been attended by Emalahleni mayor Linah Malatjie, Deputy Minister of International Relations and Co­operation Candith Mashego and Mpumalanga social development MEC Thandi Shongwe, was can­celled.

Trucks transporting the food parcels were turned away near Witbank, leaving the poor fami­lies who were eagerly waiting for the relief packages high and dry.

Speaking to Sunday World, a church member said Bushiri ar­ranged with Malatjie to distribute food parcels and PPE, surface and hand sanitisers and masks to the poor residents of the municipal­ity. He said they had applied for travel permits, which were grant­ed on Thursday by Shongwe’s department.

He said the clergyman, who was arrested together with his wife Mary for money laundering and released on bail in February last year, had hired trucks to de­liver the parcels for distribution on Friday afternoon.

He said when the trucks were en route to Witbank, Bushi­ri, who donated food parcels in North West on Tuesday, received a call from Shongwe’s depart­ment that the permits were can­celled at the Hawks’ behest and, as a result, the event was can­celled.

“The permits were granted by the Mpumalanga MEC for the prophet and his team to deliv­er the food parcels through his humanitarian wing Shepherd Bushiri Foundation.

“We then informed the Hawks that the prophet got a permit to travel to Witbank to deliver the food parcels. We had to inform them because that was part of his bail condition,” he said.

Bushir’s lawyer, Ntsako Baloyi, said his heart goes out to the poor families who needed the relief packages.

“We didnt know all long that helping the poor has today be­come a priority crime of interest to the Hawks. We feel that we are being singled out, targeted and followed, but we don’t know why.

“But we will not stop providing help where it is needed. We are going forward because it is our call,” he said.

Hawks spokesperson Hang­wani Mulaudzi confirmed they had stopped Bushiri from going to Mpumalanga to help the poor.

“His lawyers called to say they would be travelling, we gave advice that because of the coronavirus and the lockdown regulations, no one is allowed to go to any district or province. “We then said to them they can take the food parcels to social development or Solidarity Fund for distribution. All of us must observe the law irrespective of who we are,” he said.