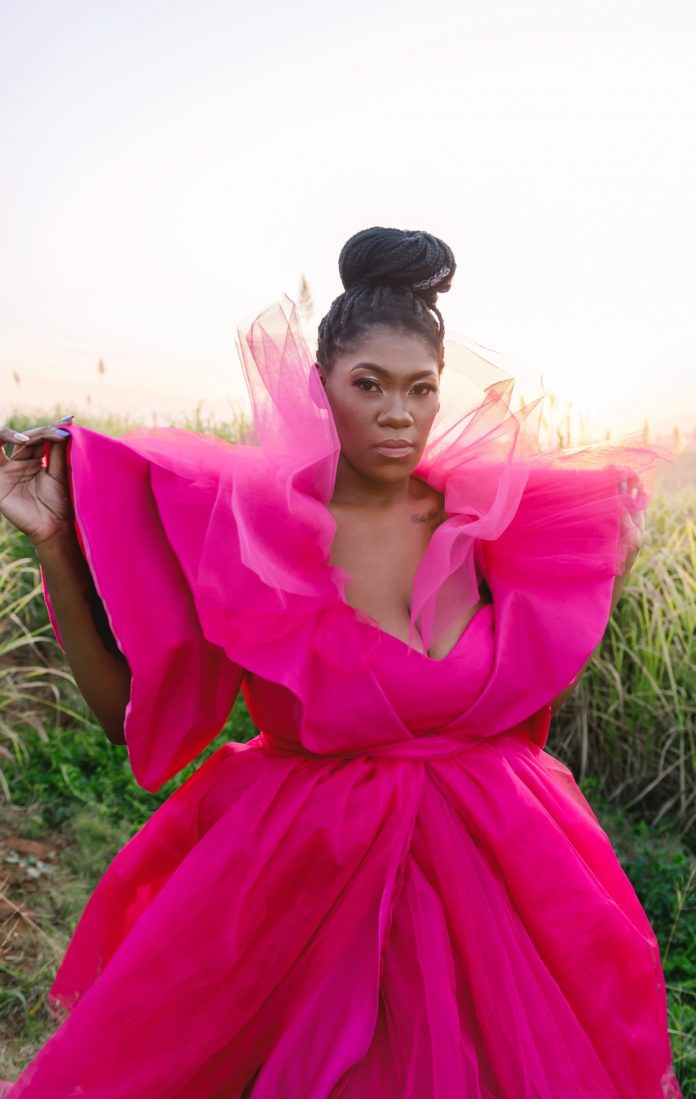 The 35-year-old Port Shepstone-born actress and producer, says that the idea to develop her very own fragrance range, which caters to both men and women, was inspired by “market research and innovative business synergy”. There is CAMAGU Femme and CAMAGU Oud.

She says CAMAGU Oud has been designed for a man and woman (yes you got that right) who understands the power and value of his/her masculine/feminine energy.

“A powerful scent that speaks to a man/woman who enjoys being in their skin and who allows the scent to speak confidently for them.”
For Zwane, the idea to have both a women’s and men’s range “was a natural organic process”.

She says CAMAGU by Fundi Zwane came to life after they saw a gap in the market to create something unique and fresh.

“It’s an extension of creativity that allows me to share a deep love for scents. It’s is an exploration of the dance between body chemistry and fragrance. I am so excited for everyone to experience CAMAGU by Fundi Zwane.”

She adds: “Women and men deserve to feel good about themselves. It’s been a testing time for us a global community, and it has also been a collective experience of so many mixed emotions.”

She partnered with the Saltwater Marketing group from Kwazulu-Natal to release the products which go on pre-sale today.

Zwane is also preparing to expand the product range later this year.
Products such as hand and body creams, African herbal body oil, and hair food will form part of this exclusive product offering.

Master KG’s global hit, Jerusalema, featuring Nomcebo, was abruptly taken down from YouTube last night leading to an outcry from fans who started the...
Read more