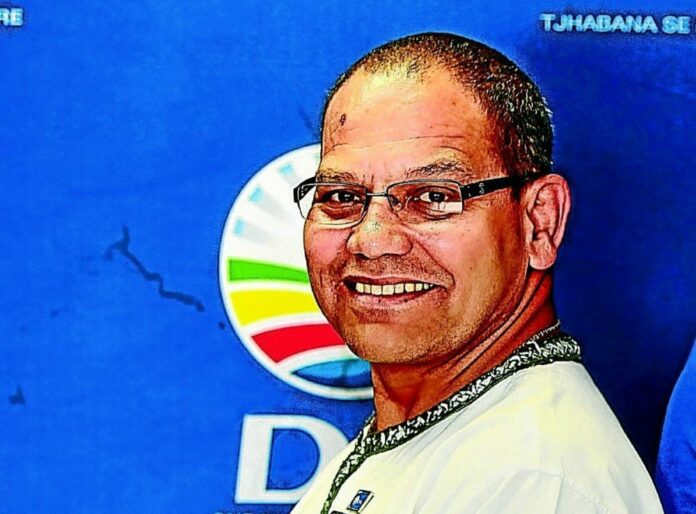 The succession battle in the DA has taken a dramatic turn, with black leaders crying foul that the party’s disciplinary structure was being used to target those opposed to the organisations interim leader, John Steenhuisen.

Sunday World can reveal that several prominent black leaders of the official opposition are facing disciplinary charges by the party’s federal legal commission (FLC) or have recently had complaints laid against them.

Some, including Gauteng MPL and former youth leader Makashule Gana and feisty DA MP Phumzile van Damme already have their virtual disciplinary hearings scheduled for this month and next month respectively.

This is while the party’s federal chairperson, Helen Zille, refuses to have her hearing over her apartheid tweets held virtually.

DA insiders said the FLC was being used as a “hit squad” to purge black leaders opposed to Steenhuisen when the part holds its elective conference at the end of next month.

Black leaders who used to support the party’s former leader, Mmusi Maimane, were also on the FLC’s “hit list” or on the structure’s radar.

Sunday World is in possession of FLC reports for July and August, which show dates have been set for disciplinary hearings for Van Damme and Gana. The party’s leader in KwaZulu-Natal, Zwakele Mncwango, has also been charged.

Van Damme, whose matter was referred to the party’s federal executive last month, is set to appear before the FLC on October 1 and 2. She is charged with bringing the party into disrepute following an incident in which she punched a young man after suffering racial abuse from his family at the V&A Waterfront.

The management of V&A has since apologised to van Damme.

Mncwango is said to have breached the party’s code of conduct by inviting Maimane, who resigned from the party last year, to a State of the Province

Gana was quietly charged for making statements on social media that are said to be contrary to party positions. DA MP Kevin Mileham wanted him

The FLC recently dismissed a complaint against KZN MPL and former youth leader Mbali Ntuli, who is in the running with Steenhuisen to become party leader.

Steenhuisen’s supporters were unhappy with how she slammed party heavyweight Douglas Gibson on social media. Gibson, an ally of Steenhuisen, had said Ntuli did not qualify to lead the party.

Other outspoken black voices in the DA that have been charged include the party’s Eastern Cape leader Nqaba Bhanga, Northern Cape leader Andrew Louw and Mpumalanga leader, Jane Sithole.

The revelations of black leaders being under siege emerged after the resignation of former DA Gauteng leader John Moodey this week. He also asserted that black leaders who were supportive of Maimane’s push for policies to empower black people were being targeted.

“The plan is to silence people. They are targeting people who are mostly going to contest elections. It’s a hit squad. They know delegates will have problems with candidates who are facing charges,” a DA leader said.

The DA is in the grip of a fight over whether race should be used in policy formulation. A source at the party’s policy conference this weekend said the debate over race and redress dominated the start of the event yesterday.

“We are fighting now on non-racialism. There is a view that racialism is not biological and must not be entertained. It’s [the debate] open to delegates, but the same people who are against redress are continuing,” the source said.

In the party’s policy document, which was to be discussed at the conference which ends today, the party insists race should not be used in transformation.

“Diversity in every organisation needs to be fiercely championed by equalising opportunity and eradicating discrimination,” the DA says in the

“We do not believe that it is the proper place of the government to prescribe the number or ratio of people of each race, gender, ethnic group, language, religious group, political ideology, sexual orientation, etc. We should be present in every workplace or sector,” the DA argues.