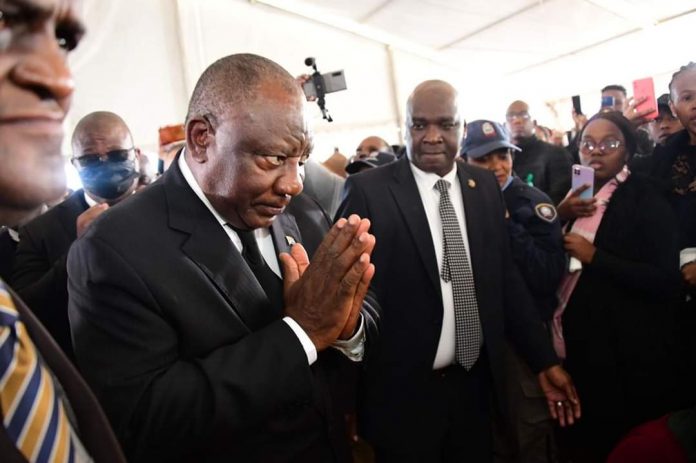 There is nothing as painful as a parent burying their own child, President Cyril Ramaphosa told hundreds of mourners during the mass funeral service of the 21 teenagers who died at Enyobeni tavern in Scenery Park, East London over a week ago.

Delivering a eulogy on Wednesday, the president said the country is still devastated by the loss of young lives.

“We are not here to judge anyone for what they did or did not do for their children or for their friends on the night of the 26th of June 2022,” said Ramaphosa.

“We are here to mourn the 21 young people who died. Each and everyone of them had a beautiful soul. They each had beautiful dreams and a bright future ahead of them.”

Ramaphosa said the deceased had hopes to become something in life, to help their families and to serve their communities.

“These were young people full of life. They wanted a place to meet with their friends and have a good time to celebrate the end of their exams. It is shameful that there are people blaming the parents and even blaming the young people for going there.”

He added that the owners of alcohol establishments should ensure that everyone who enters their premises is eligible to do so.

Among the government officials who attended the funeral service was Police Minister Bheki Cele who told the mourners that a war is coming.

“This day is dedicated to peace so that these children can rest in peace, but once this is all over, president we need to come back. Somebody somewhere must answer for this,” said the police minister.