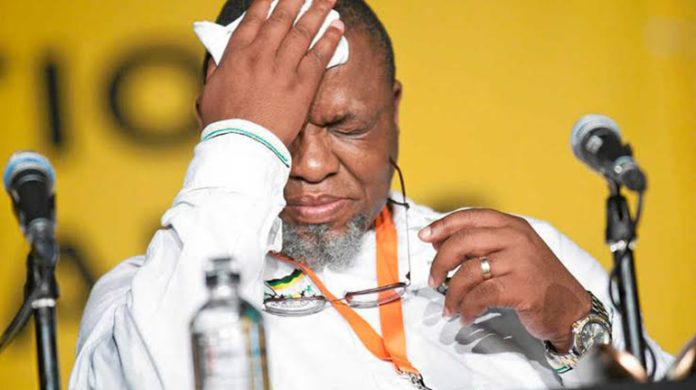 Gwede Mantashe has declined to answer our questions and instead claimed he previously paid two Sunday World journalists about R70 000 in total for the story to go away.

“I begged them not to write the story, I paid two journalists at your publication. I will not reveal their names, you can ask amongst your colleagues and ask Lerato to tell you their names. You can go ahead and write the story, that is my comment,” said Mantashe.

Sunday World editor and publisher Makhudu Sefara said: “As the new owners and managers of this newspaper, we take the claims made by
Mantashe, which ostensibly happened before the paper was bought by Fundudzi Media, very seriously.

“It is a pity that Mr Mantashe has decided not to reveal the names of the culprits. We publish his claims not because we are convinced or established their veracity, but because we want to make a public statement that these sort of things will not be tolerated here.

“Should Mr Mantashe eventually be inclined to reveal these names and provide supporting evidence, there will be consequences.” Sefara said he called Mantashe yesterday to persuade him to co-operate with his investigation, noting that Sunday World journalists will this week sign a solemn pledge of ethical conduct.

He said Mantashe was also free to contact the South African Editors Forum, which has instituted an inquiry led by judge Kathleen Satchwell into allegations of journalists taking bribes.

“Should we receive the names and evidence of this corruption, the said reporters will be fired forthwith.”