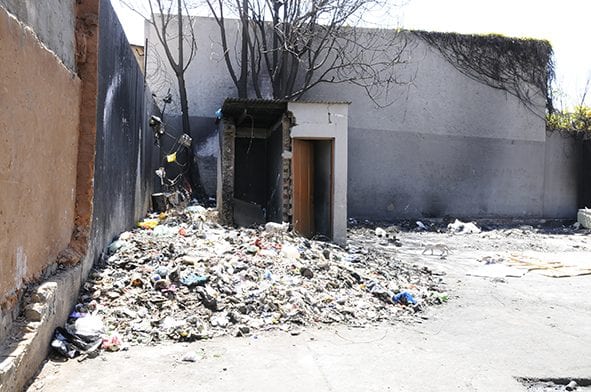 A Gauteng sex worker has accused the police of making her Friday the 13th a spooky one after they scared off her client before the client could pay for her services.

The 26-year-old woman, whose identity is known to Sunday World, suffered the double blow two weeks ago.

According to police records, the woman was busy bonking with her client when she was interrupted by officers who were patrolling in Boksburg on the East Rand.

The statement reads: “On Friday 13 September 2019, around 22h30, police were patrolling one of the abandoned house buildings at First Street in Boksburg North area. However, when peeping inside the house they found a male person on top of a woman.

“Realising that people approaching are police, the male person ran away and left her behind. During the interrogations the woman, who turned out to be suspect, alleged to have accused the police of scaring her client before he could pay for her services.

“She was immediately informed that she is under arrest and charged with soliciting as she was exchanging sex for money.” Sunday World visited her this week but she was not available as she had gone to “work”.

However, her brother came out in her defence and accused the police of harassing his sister. He argued that police arrested her while she was walking on the street with her boyfriend.

Police spokesperson Justice Ramaube confirmed that a woman was arrested for soliciting and spent a weekend in jail. He said she was due to appear in court on Monday but her case was not put on the court roll.

Katlego Rasebitse from Sisonke National Sex Workers Movement said the woman’s arrest was unlawful. He said for the arrest to be legal there must be two or more people involved and proof that the woman was exchanging sex for money.