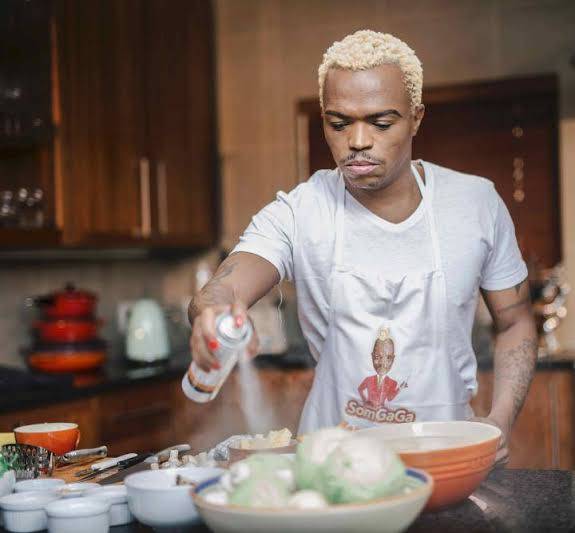 The allegations surfaced this week after Eusebius McKaiser shared an email thread from 2014, sent from Hasting Moeng to Somizi and director of the Dinner At Somizi show, Nkuleko “Legend” Manqele.

The concept of Moeng’s idea and Somizi’s show are strikingly similar.

Somizi first took to Instagram live, on Thursday evening, denying he stole the idea. He again addressed the allegations on the On Weekend Dawn show, on Newzroom Afrika yesterday.

Asked if he had an engagement with Hastings Moeng during this time he said no. He also said that he will not be involved in any legal battles.

“It’s not a court battle between and him, its channel and his team. He sent the email to the channel. My name is just out there because I am the host of the show,” said Mhlongo.

“I only spoke to him once. I think that was in 2013. He told me he wants us to do a cooking show. I’ve never seen any documents. It came as a shock that he sent me emails. Anyone who knows me, knows I am not an email person, after five years of no email I only have email again since two months,” he said.

Somizi explained that although he loves cooking, having an actual show was never in the back of my mind.

“I loved cooking but never thought I’d take it to that level. After lockdown I decided to have my own YouTube channel. It was a natural progression to have a show like this. For me it’s it baffles me, there is nothing original about my cooking show. Then people like Zola Nene could be sued.  Zandi Nhlapo had a show four years ago that was exactly the same. I came up with a few ideas that are originally Somizi like food for thought. The format of my show is slightly different from other shows. The guests are people I personally know. I wanted a show with my name if I am the host. In terms of the legal thingies nothing has been said or sent to me. I think it’s between Hastings and channel, concluded Somizi. Multichoice has taken the decision to continue airing the show.

Somizi is a National Lair.

So Somizi’s phone doesn’t have apps then coz you really can’t sign up for anything digital without a personal email address. That’s a very tough life. So glad he got an email address two months ago.

Somizi’s video admitting that he actually got the proposal years ago might just cause more trouble. he’s saying “yes I got it then but I didn’t want it and now I do”. It’s looking like they waited for the proposal to go stale then launch the show. It sounds very calculated.

He just confessed that the idea was not his and that he was approached by the guy. Even said that the guy said the name of the show will be “Dinner at Somizi’s”