We want to make history – Ofori 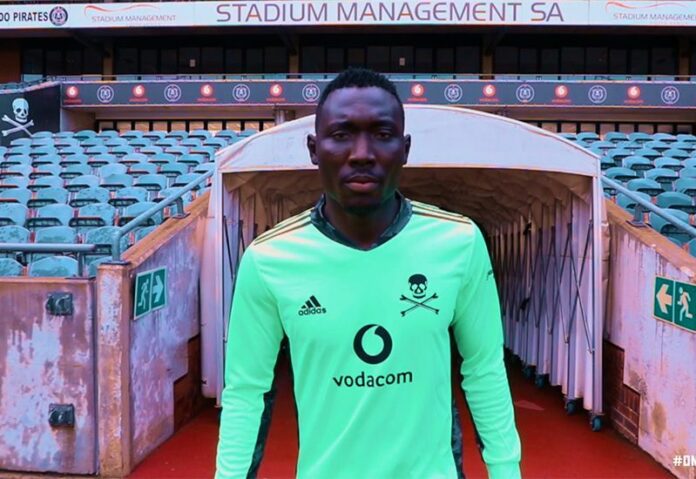 Orlando Pirates goalkeeper Richard Ofori says that they have gone too far in the CAF Confederation Cup to lose in the last hurdle. The towering Ghana-born shot-stopper adds that winning the continental trophy would be a nice cover-up for a disappointing performance in the PSL.

After a bruising qualification process, Pirates finally advanced to the finals where they will face off against Morocco side RS Berkane at the Godswill Akpabio International Stadium in Uyo, Nigeria on Friday night. Kick off is at 8pm SA time.

The Buccaneers last played in the Confederation Cup final in 2015 under the tutelage of former coach Eric Tinkler.

“The CAF journey has been very good but it was not easy. Sometimes we would spend around 15 hours travelling. Things have not been as good in the PSL, but we have shifted our focus to the CAF competition and to make ourselves and the country proud by winning it,” said Ofori, ahead of the team’s departure to Nigeria.

He also reminded his teammates that no one remembers the finalists who finished second. “People remember the winners. People know those who make history by winning the trophy. We want to make history for ourselves and to be remembered as the guys who won this trophy for this big club [Pirates].”

Since readmission to the global sporting world, Pirates have participated in three CAF finals. They played in their first final against Asec Mimosas in Abidjan in 1995, where Jerry Sikhosana’s solitary strike won them the African CAf star.

In 2013 under Roger de Sa, they again reached the finals of the Champions League, but lost out to Al Ahly. They also made it to the final of the Confederation Cup in 2015, but were unlucky not to bring the trophy back home.