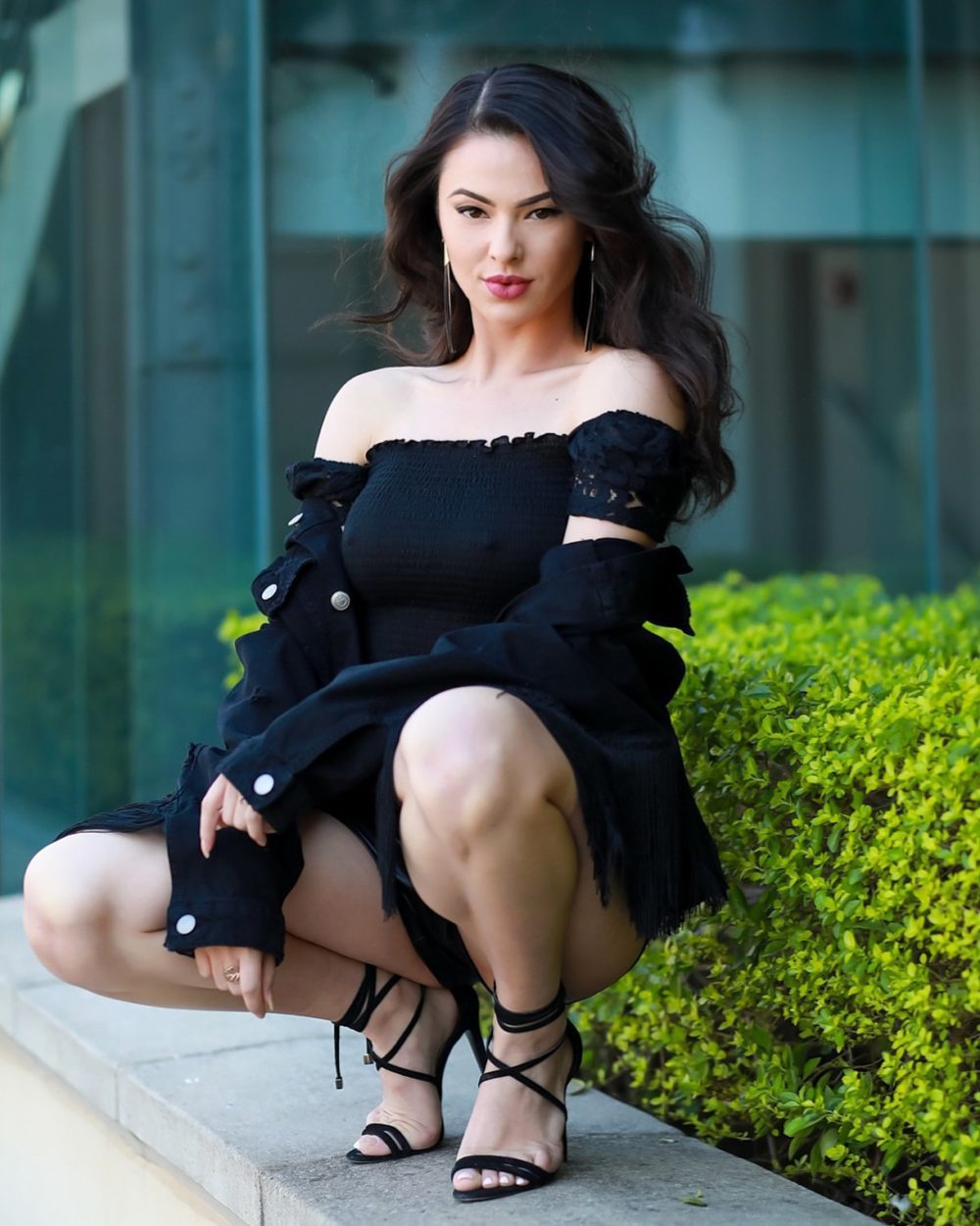 This after she got into a nasty fight with her father who allegedly threatened to scupper her tour to the Rugby World Cup in Japan
and destroy her career.

As a result of the fight, the 31-year-old model almost missed an opportunity of a lifetime to join the SuperSport TV crew for two months to cover the event.

While it was not clear what they were fighting over, Hirayama told the court that her dad was also allegedly abusive towards her elderly mom and grandfather.

The court has also issued a warrant of arrest against Hirayama’s father, Lance Cooper, but its execution was suspended on condition that he doesn’t violate the restraint order.

Cooper was also ordered to appear in court later this month to show just cause why the protection order shouldn’t be made permanent.

In her application for the order, which was granted last week, Hirayama said her father, who lives in Athol, north of Joburg was also abusive towards her 74-year-old mother and 97-year-old granddad.

She claimed her horror started on September 2 when her dad, 67, arrived at her Randburg house where she lives with her mother and grandfather armed and threatened to physically break down the door if he was not let in.

The model, who also presents V-Entertainment on DStv’s Vuzu channel, said her father continued to harass them the following week and also threatened to prevent her from leaving the country.

He allegedly threatened to destroy her career. She said in her court papers that Cooper went to her mother’s workplace and verbally abused her and her colleagues, resulting in him being escorted off the premises by security guards.

She added that he had been emotionally and verbally abusive towards her grandfather and extorted money and possessions from him.

“Over and above this, there is a current criminal case against him,” read the court papers.

Sunday World tried to verify the case but police officials said their system showed no case had been opened against Cooper.

“My father is known to consistently carry weapons such as knives, blades, axes, daggers and knuckle dusters on his person and has expressed his desires and consistent attempts to acquire a gun,” read the papers.

My father is known to carry weapons like knives and daggers

Neither Cooper nor Hirayama couldn’t be reached for comment at the time of going to print as their cellphones were off and they did not respond to text messages. However, Hirayama had a meltdown on Twitter on September 5 in which she spoke openly about aspects of the matter.

Hirayama asked to be sent questions but failed to respond to them at the time of going to print.