Nkayi, who presented the Midday Joy show, was expelled by the Gauteng-based  broadcaster after she allegedly falsely accused her former colleague Sizwe Dhlomo of bullying her in one of their ugly off-air verbal spats on October 26.

In a letter written by her attorney, David Feinberg of Rosengarten & Feinberg, to station bosses on Tuesday last week, Nkayi accused them of not gagging Dhlomo and allowing him free rein to discuss her booting on social media, while they made her sign a confidentiality clause to not ventilate the matter in public.

“In the letter, her lawyers are saying Kaya FM even went as far as warning her not to utilise any platform to express her version of events in relation to matters addressed,” said the sympathiser.

But to her shock, Nkayi said the station and Dhlomo had not refrained from publicly addressing the issue, which had become the cannon fodder for the media.

Of grave concern, she said, was the statement issued by the station in which it said Nkayi’s “version of events have been carefully considered and unfortunately found wanting”.

She said Kaya FM could have informed the public about her dismissal without suggesting that her version of events was “found wanting”.

Nkayi further said that Dhlomo also made reference to gender-based violence when discussing the matter in the media.

She said this had led to the belief that she had accused Dhlomo of gender-based violence, which was not true.  She also said Dhlomo had also made numerous public statements about the issue, some of which were “defamatory and unlawful” and it was not clear if Kaya FM would muzzle him.

Nkayi said given that Dhlomo and the station had spoken publicly about the matter, she too has the right to breach the confidentiality agreement,  and share with the public the circumstances that led to her axing.

Speaking on behalf of Kaya FM, Ian Bredenkamp said the radio station has noted with concern the unfortunate statement made by Nkayi in a video posted on social media on November 26, in which she claims to have been silenced by the station.

“Kaya 959 recognises and respects the right to freedom of speech as provisioned for by the South African constitution and for that reason, will not in any way attempt to restrict it for anyone. Ms Nkayi is well aware of the contents of the final communication addressed to her by Kaya 959, especially where confidentiality and perpetuating a false narrative is concerned. Ms Nkayi is also very aware of the reasons and circumstances that led to the termination of her contract with Kaya 959, the evidence of which has been shared with her for her records.

“As per our last media release, Kaya 959 would prefer not to be drawn into a debate around the details of what transpired in the interest of both parties.

“However, Ms Nkayi is free to share the details of the issue that arose between her and Kaya 959 should she feel the urge to, provided what she says reflects the true version of events,” he said. 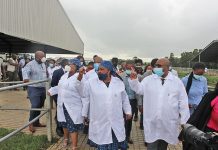 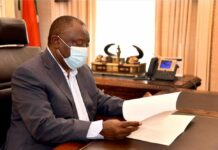 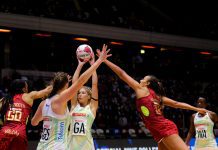 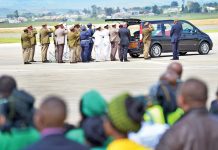