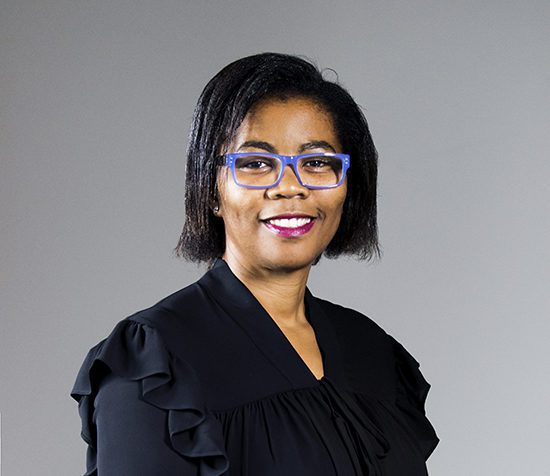 For the first time since the establishment of the University of South Africa (UNISA) 148 years ago, the university has appointed its first female Principal and Vice Chancellor (VC), with effect from 1 January 2021.

This follows the approval of the appointment of Professor Puleng LenkaBula as the incoming Principal and Vice Chancellor during the special sitting of the UNISA Council on Thursday.

The unanimous decision by the UNISA Council follows a rigorous selection process to fill the position, including the requisite consideration and recommendation of candidates by the Executive Committees of the UNISA Senate (SENEX) and the UNISA Institutional Forum (IF).

LenkaBula, who is currently the Vice Rector: Institutional Change, Student Affairs and Community Engagement at the University of the Free State (UFS), has extensive managerial experience in higher education.

Prior to occupying the Vice Rector position at the UFS, LenkaBula was the Dean of Students at WITS University, where she was a member of the Vice Chancellor’s Office (VCO) and the Senior Executive Team.

She also previously held management positions at different institutions, including at UNISA, where she had a successful stint as Dean of Students.

LenkaBula is also an internationally revered scholar, who has published widely, and serves as a board member on local ecumenical and academic formations, including the Council for the Development of Social Sciences Research in Africa (CODESRIA).

Chairperson of the UNISA Council, Sakhi Simelane, said the appointment of LenkaBula is further testimony of the commitment of the council to the transformation project it introduced and drove relentlessly in the university over the years.

“Council is of the firm belief that this appointment bodes well for the future of our university, as we intensify our endeavour to move towards a fully-fledged Open Distance and eLearning dispensation and to solidify our stature as a truly African university in the service of humanity.

“In Professor LenkaBula, we have appointed the right calibre of leader, who is student-centred and shares our institutional vision on decoloniality and transformation, knowledge-production, innovation and advancing the socio-economic development of South Africa, Africa and the world, in particular for the benefit of Africa,” Simelane said.

Simelane said the council is committed to provide LenkaBula with the necessary support to ensure that she succeeds in taking “our vision of transformation and excellent service delivery to the next level” .

To ensure a smooth handover, Simelane said the council has resolved to extend the term of office of the incumbent, Professor Mandla Makhanya for a period of four months, after it expires at the end of the year (until April 2021).

The Portfolio Committee on Higher Education, Science and Technology has commended the appointment of LenkaBula, saying it is a milestone towards addressing gender transformation in the higher education and training sector.

“We celebrate this indeed. It took the university 148 years to appoint a female as the VC. This shows that the pace of transformation in the sector, especially at senior management level, is very slow.

“Gender transformation is critical to the development of the country, the African continent and the global community in creating a sustainable world. We congratulate the UNISA Council for taking such a bold step in addressing the underrepresentation of women in the higher echelons of the university,” chairperson of the Portfolio Committee Philly Mapulane said.

The committee has also urged the university council to further expedite transformation in other sectors of UNISA.

“UNISA plays a very important role in expanding access to education and training through distance learning to the majority of people on the African continent. Recently, the university has been ranked in international rankings.

“The committee looks forward to an engagement with Professor LenkaBula and her management team at its earliest convenience during its oversight responsibility over the university to ensure that the management, through her leadership, discharges its mandate in terms of section 27 of the Higher Education Act, 101 of 1997 as amended.

“We wish her the best in this formidable task and we urge all university stakeholders to work together with her to collectively take this African university to even greater heights,” Mapulane said.