Cyril Ramaphosa vows to bring the corrupt to book 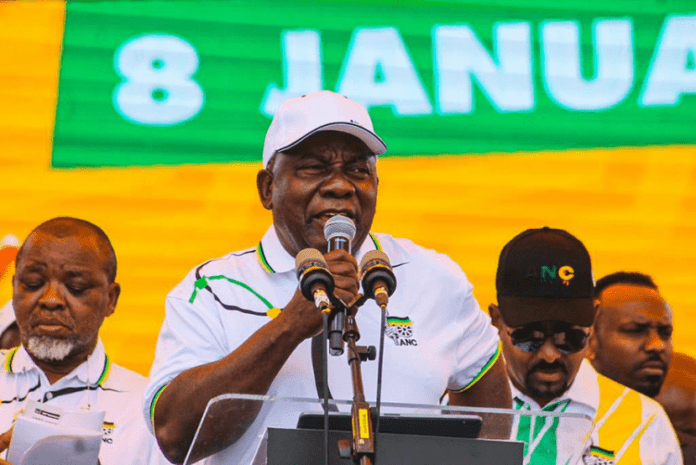 ANC to hold those involved in state capture accountable
As the ANC’s crucial mid-term meeting approaches, President Cyril Ramaphosa yesterday used the party’s birthday celebrations to stamp his authority, warning that his government would pursue those involved in state capture and recover money stolen from the public purse.
Ramaphosa said the ANC would strengthen the ruling party’s integrity commission to ensure leaders implicated in corruption accounted “immediately” or faced disciplinary action.
“The work to rebuild public institutions will continue, ensuring that all appointees are fit for purpose and demonstrate the highest levels of integrity.
We will deepen efforts to root out corruption and tackle mismanagement, incompetence and wastage. The effort to end state capture and hold those responsible to account will receive priority,” he said.
“We will intensify our efforts to end state capture in all its forms, to ensure those responsible are held accountable and that all the money that was stolen from government or public bodies is recovered.”
Ramaphosa was delivering the party’s national executive committee statement – setting out the party’s plans for 2020 – at the Tafel Lager Park Stadium in Kimberley, in the Northern Cape.
The president called on members of the party and its structures to cooperate with law enforcement agencies to prosecute anyone guilty of corruption.
As the local elections loom, Ramaphosa said the ANC would be more vigilant in screening its candidates and ensure that they met the “highest standards of ethics, morality and service to the people”.
“Once elected, the movement must ensure that ANC public representatives serve people with distinction. Where this does not happen, there must be consequences – and there will be consequences,” he said.
“Already steps have been taken to disrupt networks of corruption in local government, and we are determined that no public servant or elected official should get away with stealing from the poor.”
Ramaphosa said the organisation would press ahead with the implementation of land expropriation without compensation, noting that “the return of land will happen and it will be done in a manner that promotes economic growth and sustains food security”.
He said government would unlock the potential of small businesses and promote sectors including manufacturing, tourism, agriculture and the ocean economy as part of efforts to create jobs.
The party would also continue with the process to nationalise the SA Reserve Bank but do it in a manner that is affordable and does not benefit private shareholders.
By George Matlala