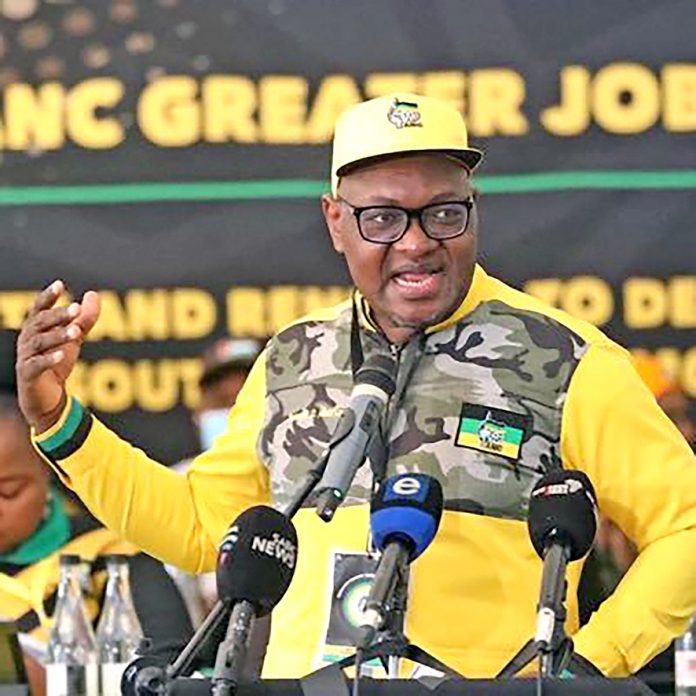 The burning issue of the ANC succession battle was dominating discussions behind the scenes at the governing party’s national policy conference, where hundreds of delegates in attendance this week are also likely to participate in the organisation’s elective conference in December.

Former Gauteng ANC chairperson and premier David Makhura’s name has been thrown in the hat to replace Magashule.

ANC Gauteng chairperson Panyaza Lesufi is said to be leading efforts to convince Lebogang Maile – who led a faction that opposed Lesufi for the position of provincial chair at the recent provincial conference – to ensure that Makhura is co-opted into the provincial executive committee to put him in a stronger position to challenge for the position in the party’s secretariat.

“The view is that he should contest the secretariat as SG (secretary-general). We think Makhura can salvage the ANC,” the source said, speaking on condition of anonymity.

It also emerged that the race for the position of party deputy president was intensifying.

NEC member Mmamoloko Kubayi became the latest senior leader to raise her hand to become the party’s second in command. Asked whether she would avail her to challenge for the ANC deputy presidency, Kubayi said: “Yes, there have been individuals who have approached me. I have asked them to ensure that when the nomination process starts, they express themselves within the structures of the movement.

“As a disciplined cadre, when I am nominated I will definitely raise my hand and avail myself for any position in leadership.”

Her comments came after President Cyril Ramaphosa told the conference that the party needed to “replenish” its leadership by drawing more young people into its ranks and into its leadership structures. He said the party must also strive for and achieve gender equality.

NEC member Ronald Lamola, who has also been touted for the party’s deputy presidency, said the December conference must be about the transitional period in the ANC’s life.

“I fully agree with what the president said – that the ANC does need a generational mix of cadres who subscribe to the values of the organisation. This must be done deliberately.

“I appreciate that the president raises it at the policy conference with all ANC delegates present, so that this discussion can happen across the country.

“For us to survive and remain relevant, we need to ensure that a younger generation is identified and roped in,” he said.

Acting secretary-general Paul Mashatile is another contender. Mashatile has previously confirmed to this newpaper that he will contest if branches nominate him.

Mhlauli, who is a frontrunner in the race for the presidency of the ANCYL, said the league also supported the call by the ANC Women’s League for the party’s top officials to have at least 50% of women in those structures.

The ANC Women’s League has also called for at least three positions in the party’s top six to be filled by women. It is yet to pronounce on its picks.