The February 2020 burglary saga at President Cyril Ramaphosa’s Phala Phala game farm has taken a new twist, with one of the accused in the theft  claiming that they only stole $800 000 (R12-million).

An audio clip has emerged in which the mastermind of the heist, Imanuwela David, is heard saying that they shared $800 000 among the four of them, including the president’s domestic worker, after the theft at the farm, which is situated outside Bela Bela in Limpopo,

Though David contradicts the claims by former State Security Agency boss Arthur Fraser that the robbers made off with $4-million (R63-million), it is still unclear how much cash was at the president’s property on the day of the heist.

“That lady [Ramaphosa’s domestic worker] said don’t take everything because we are dealing with the president,” David told  his interrogators.

David and his cousin Eric could not believe it when the domestic worker called informing them that there were US dollars stuffed in the leather sofa at the farmhouse. She came across the money while cleaning up.

“She came across a sofa full of US dollars. And that woman sent a picture to my cousin Eric. And Eric said, ‘no man, you must be lying, take a sample and bring it’. She took a sample of a $200 note. We saw the money; it is real money,” he is heard saying in the audio clip.

“I grew up there in that area. All my friends work for the president. It was easy [to break in]. There was no armed robbery,” he said.

She told them the money was inside the couch next to a bicycle and a golf stick.

He took three bundles for himself $300 000 (just under R5-million) while the domestic woker was given two bundles for her role. The four men immediately left for Cape Town where they lived.

Ramaphosa has faced a political storm since Fraser laid a criminal complaint against him a fortnight ago, alleging the president was involved in money laundering and the contravention of the Prevention of Corrupt Activities Act.

Fraser claimed that immediately after the incident, the head of the South African Police Service’s presidential protection unit, Wally Rhoode, constituted a team of former SAPS members and serving members of the crime intelligence unit to hunt down the suspects.

Fraser was this week interviewed by the Hawks in relation to his knowledge about the robbery.

In the audio, David said some “guys” came with the police to a house where they lived in Milnerton and raided the property, confiscating a Rolex watch that had been bought with the proceeds of the theft at Phala Phala. Some of the stolen loot was also spent on buying a 2019 Ford Ranger 2.0TDCI Wildtrak and a Red Volkswagen GTI.

When asked why he participated in the theft, David said he was driven by poverty.

He added that as the net closed in, he fled to Namibia via the Orange River at Rooiwal in June 2020, after being advised by border officials not to use the border gate.

One of the interrogators asked David: “My brother, it is a very simple story. We are not here to extort you. I’m here to say how much of the money you took you’ve got left?”

In the audio clip, which sounds like it was recorded in Namibia, David insisted that they only stole $800 000 while one of his interrogators insisted that he had entered Namibia with more money.

On Thursday, the inspector-general of the Namibian Police Force, Sabastian Ndeitunga, broke his silence on the matter, saying the two police authorities had met in June 2020 at “no-man’s land” near Noordoewer, southern Namibia, to share information about David and other Namibian officials who were suspected of having stolen money in South Africa.

The Namibian officials identified individuals, bank accounts and various properties, including lodges and houses suspected to have been bought with the windfall from the Phala Phala theft, and consulted their prosecutor-general to consider a preservation order for the assets.

Information from Stud Game Breeders shows that Phala Phala has been a very lucrative venture for the president. The auction data, which goes back to 2017, shows the president has netted over R60-million in sales.

The February 2020 robbery appears to have slowed Ramaphosa down as he only sold animals worth R135 000 in March 2020.

Jacque Malan, the president of the Ankole Cattle Breeders Society of South Africa, said last week it would be business as usual – with some buyers using cash – at yesterday’s auction.

The organisation has since made a U-turn on the decision.

Following this paper’s story on Phala Phala last week, the society appears to have also pulled down from their website the names of buyers and amounts spent on animals.

Malan said on Friday the association would not be dragged into “some revenge game” against Ramaphosa. 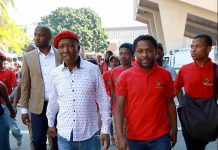 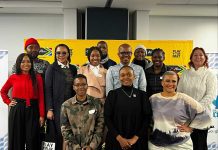 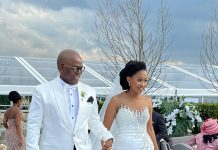 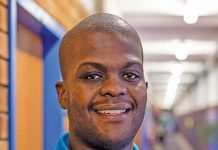