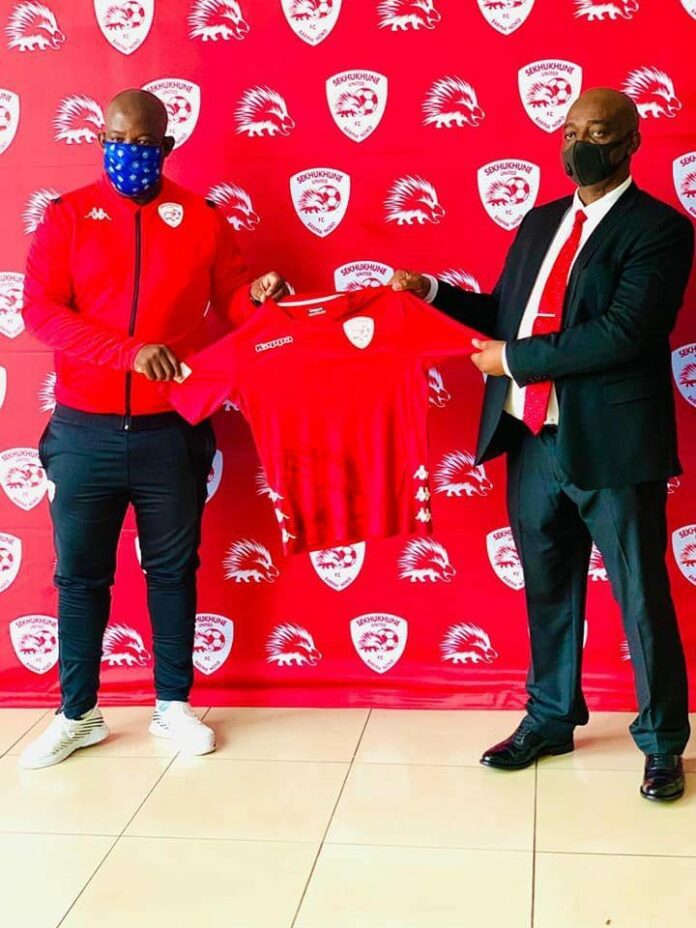 Johannesburg – Sekhukhune United FC have announced changes to their technical team after the Limpopo club campaigning in the first division GladAfrica Championship appointed Mcdonald Makhubedu as the new head coach.

Before joining Babina Noko, Makhubedu coached Polokwane City and takes over the reins after Johnny Ferreira’s move to become the club’s director of football while Alex Bapela is the technical director.

Makhubedu’s first assignment will see him lead his charges against Pretoria Callies in a GladAfrica Championship match at Makhulong Stadium in Tembisa, in Ekurhuleni on Wednesday afternoon.

Said Malatji in a statement: “We are very much excited to have Makhubedu in the team and we believe he will assist us in achieving the goals we have set ourselves. We wish him well in his journey.”