Johannesburg – Former ANC heavyweights Smuts Ngonyama and Saki Macozoma are embroiled in a nasty legal battle over hundreds of millions of rand that are supposed to be paid to Bosasa Youth Development Centres.

Ngonyama – who is South Africa’s ambassador to Japan – applied for an urgent court interdict at the Joburg High Court on Tuesday last week to stop Ntsimbintle Holding, chaired by businessman and former ANC bigwig Macozoma, from paying an undisclosed amount in mining dividends into the coffers of Bosasa Youth Development Centres.

The millions were supposed to go to the centres controlled by the late Gavin Watson in addition to over R43-million in mining dividends that Ntsimbintle had already paid to the centres about two years ago.

In court documents that Sunday World has seen, Ngonyama and his company Thunder Cats, who are cited as the first and second applicants respectively, were demanding that the dividends be paid into the account of a separate entity and not into the account of Bosasa Youth Development Centres.

Ngonyama argues that the funds might be gobbled up by creditors because the centres were being liquidated.

Relating the matter, Ngonyama said he was the beneficial owner of 33.33% of Ntsimbentle shares, numbering about 184 shares that were held by Bosasa Youth Development Centres in the issued share capital of Ntsimbintle Holding.

He said last year he took Watson to the high court to complain that he and businessman Sabelo Macingwane entered into an agreement that was supposed to have seen them each owning a third of Nkonjane Economic Prospecting and Investment.

But this did not happen because Watson convinced Ngonyama and Macingwane to donate 8% of their 33.3% shares to Bosasa Youth Development Centres, owned by Bosasa Operations in 2003. 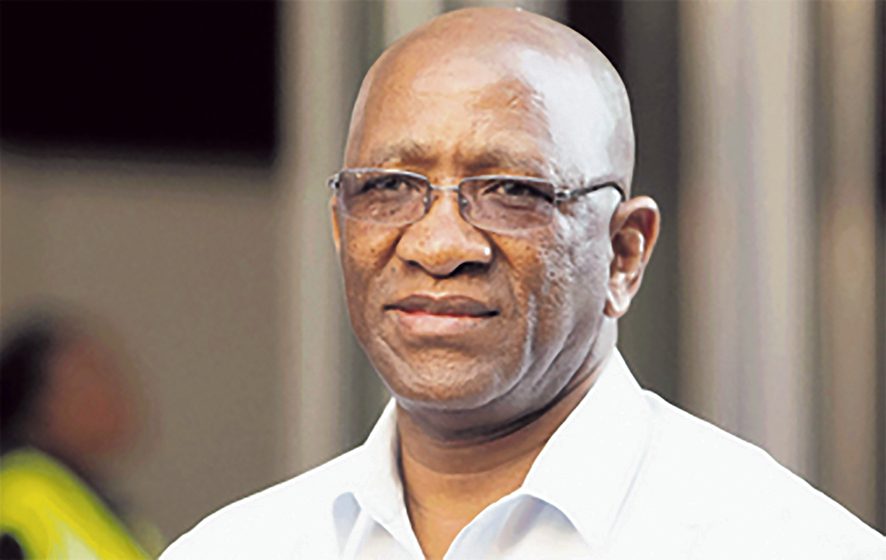 He said Watson had convinced him and Macingwane that 250 black youths and women would be beneficiaries of the shares, which would then fulfil Nkonjane’s commitments to broad-based black economic empowerment.

But they discovered that Watson didn’t honour this agreement, and as a result took him to court, which ordered him to pay back the mining shares to him and Macingwane. Watson, who was still alive, appealed the verdict in the matter that would be heard in the Supreme Court of Appeal later this year.

Ngonyama said because the matter was still pending, the previous funds and those to be paid should rather be paid into a different entity.

“The appeal presently suspends the operation of the order made by the high court which obliged Watson [and now obliges his executors] to do all things necessary to transfer to our clients the shares which our clients were fraudulently induced to donate to Bosasa Youth and to pay to our clients all dividends earned by those shares and paid to Bosasa Youth.

Gavin Watson’s nephew, Jared Watson, who is the executor of the late businessman’s estate, said the matter would be finalised in court.

“Though I am the executor of Watson’s estate … I think the liquidators are best suited to comment on the matter,” he said.

Liquidator Cloete Murray declined to comment. Attempts to solicit comment from Macozoma drew a blank. Macozoma’s office promised to respond but did not at the time of going to print.