What you need to know about 2021 School Governing Body elections 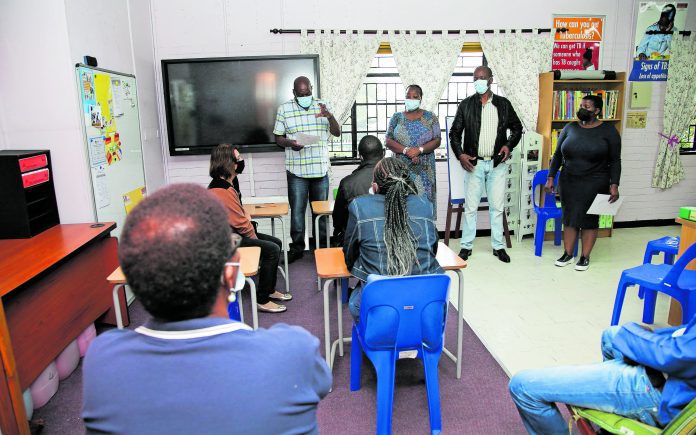 WHAT IS A SCHOOL GOVERNING BODY?

The School Governing Body (SGB) is a statutory body of parents, educators, non-teaching staff and pupils (from grade 8 or higher) who seek to work together to promote the wellbeing and effectiveness of the school community and thereby enhance learning and teaching.

Section 20 of the South African Schools Act (Sasa), 84 of 1996 as amended, determines various functions applicable to all SGBs.

These statutory bodies may also request “additional functions” as listed in section 21 of Sasa from the head of department in each province.

The provincial minister of education may also confer these additional functions (listed in section 21 of Sasa) upon schools if he/she so determines and is satisfied that the SGBs concerned have the capacity to perform such functions effectively.

WHO PARTICIPATES IN THE SGB?

The SGB consists of:
• The school principal
• Elected representatives (parents, educators, other staff members and learners in grade 8 or above)
• Optional co-opted members who do not have the right to vote (for example, members of the community, or the owner of the school property) You can represent other parents on the SGB if you are nominated and voted for by the parents. The majority of voting members of the SGB must be parents. The principal will provide parents with information about SGB elections. WHAT ARE THE FUNCTIONS OF THE SGB?

The SGB must also:
• Adopt a constitution setting out how the SGB will operate
• Adopt a school mission statement setting out the values and beliefs of the school
• Decide the times of the school day
• Administer the school’s property, buildings and grounds
• Make recommendations regarding the appointment of educators at the school

In addition, a governing body can be given any of these functions:

• Maintaining and improving the school’s property, buildings and grounds
• Deciding on the extra-mural curriculum and the choice of subject options according to provincial curriculum policy
• Buying textbooks, educational material and/or equipment for the school
• Paying for services to the school Key processes after the election:
• The election of office bearers
• Handover process by the outgoing SGBs must be conducted in a meeting facilitated by the principal
• Key documents to be discussed and handed over to the incoming SBG:

– All minutes of the SGB • Changing of signatories Being part of the SGB To start with, let’s see what being on the SGB does not mean. It does not mean any of the following:
• That you get paid or rewarded in any financial sense for your efforts
• That you get to fire the teachers you don’t like
• That you can tell the principal which pupils should have which teachers, or decide which teachers will teach which classes
• You won’t get to fire the teachers you don’t like
• That you help your daughter to be head prefect or your son to head the cheerleaders or captain a first team
• That you get a discount on your school fees
• That you will be able to make sure that so-and-so’s miserable, naughty kids never get into your child’s school WHO IS NOT ELIGIBLE TO STAND? A person will not be eligible to be a member of a governing body if he or she:
• Is mentally ill and has been declared as such by a competent court
• Is an unrehabilitated insolvent
• Has been convicted of an offence and sentenced to imprisonment in a court of law in South Africa or in a foreign country, without the option of a fine, for a period exceeding six months
• Has been declared to be unsuitable to work with children as stipulated in terms of the Children’s Act, 2005 (Act 38 of 2005); or is listed in the register of people unsuitable to work with children in terms of the Criminal Law (Sexual Offences and Related Matters) Amendment Act 32 of 2007
• Does not fall within one of the categories of members who make up a governing body
• No longer falls within the category of members that he or she represented at the time of his/her election; or
• Has had his/her membership terminated by the HOD in terms of SA Schools Act within the last five years TESTIMONIALS School governors form the biggest group of volunteers in the country, and also make up the largest number of elected members serving in any one sphere of governance that there is.

With about 275 000 members in all, governing bodies absolutely dwarf parliament (400 members), the provincial councils (430 members), and even municipalities (4 277 elected councillors). Samuel Monyame Maifadi, the outgoing deputy chairperson of the SGB at Laerskool Hennopsrivier in Tshwane, said SGBs are very influential and work very hard to create a decent school environment for children.

“It is true that education for our children is a partnership between ourselves as parents and the school. I find that in some cases, we as parents have fully outsourced the education of our children. Our relationship with the school cannot just be transactional,” said Maifadi.

“So, I have recently gone on social media to encourage my friends who are parents with children still in school to raise their hands and stand for SGB elections in their children’s schools. “All in all, it is our duty as parents to endure a seamless family and school environment. And it begins with us availing our time and expertise to serve in the SGB.”

Below are some of many reasons why he encourages parents to participate:

• As parents, we have fully outsourced our children. We don’t attend meetings when we are called. Each year we hardly made quorum for budget meetings. This meant that the budget was passed by default without critical parental input. Remember that the school fee level is set in the budget.
• Parents tend to equate their exemption from fees to their silence. There are parents who are legally exempted from paying fees due to their socioeconomic conditions. Most of these parents generally feel that they don’t want to upset the system, and so they stay behind the scenes and never participate. Most of them feel that they have been done a favor, and so they show their gratitude by keeping quiet even when they could be making a positive contribution.
• Parents do not interrogate where their fees are going to. Some schools command good budgets from fees paid by parents. Parents need to understand the procurement processes and policies. From security, to maintenance, to curriculum materials. These can be areas for leakages.
• The first job for each SGB is to develop and adopt school policies. Sometimes these policies can turn the school into a concentration camp, especially disciplinary and language policies. It is here that parents need to open their eyes and never miss the boat. Otherwise, children can face draconian demerit systems.