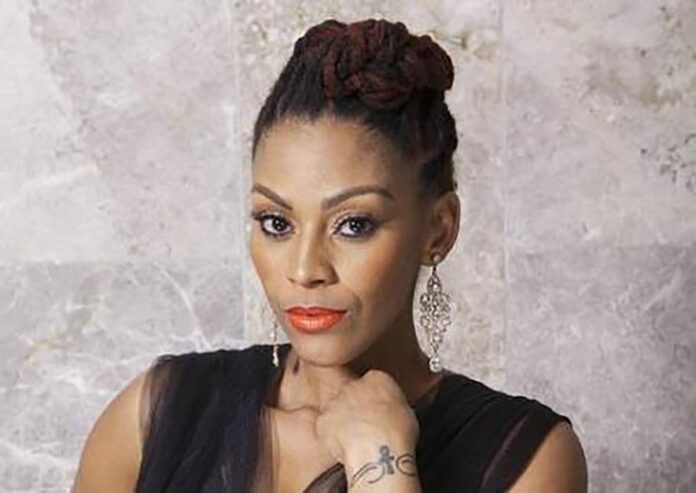 A firearm was pointed at Generations: The Legacy actress Letoya Makhene in a dramatic domestic violence dispute involving her lover Lebohang Keswa and a cousin who is known to Sunday World.

The drama, which could have resulted in Makhene and Keswa being counted among the statistics of South Africa’s rapidly escalating gender-based violence rate, occurred at Keswa’s mother’s house in Mohlakeng in the Westrand two weeks ago.

This has since resulted in Keswa obtaining a protection order against her cousin at the Randfontein magistrate’s court on August 26.

Keswa confirmed to Sunday World that a ­firearm was pointed at them and told to vacate the house that once belonged to their grandmother, who passed away earlier this year.

Keswa and the cousin are at loggerheads over the legacy house that had belonged to their grandmother and later her daughter, Keswa’s mother, who recently passed on. The heartbroken businesswoman said the incident, which happened two days after her mother’s burial, has disturbed her mourning process as per culture and caused both her and her partner much strain and fear for their lives.

“We are staying at the house because we need to mourn my mother’s death accordingly but [my cousin] has really been harassing us so much that we are struggling to mourn and ­peace in our hearts,” Keswa explained to Sunday World. “It disturbs me that he is only coming to the house now that my grandmother and moth mother have passed on. He has not been visiting home for a very long time, but now that the two are no more, he wants to come and claim the house for himself, that’s nonsensical.”

She has since been forced to hire a 24-hour VIP security group. When approached for comment, the cousin said: “My sister, just do the story and leave me alone.” He ignored questions sent to him.