Johannesburg – Foreign nationals have taken up arms against taxi drivers in the Eastern Cape, following an accident where a taxi driver bumped into a Somalian national’s Audi vehicle.

It is reported that foreign nationals have taken to the streets setting alight taxis in the Gqeberha area.

Videos of these incidents has been trending on social media.

On Friday the Minister of Justice and Correctional Services, Ronald Lamola, will convene a public Victim-Offender-Dialogue (VOD) involving the taxi industry at the All Saints Sports Field in eNgcobo in the Eastern Cape.

The VOD relates to a 2001 taxi violence incident that resulted in the cold-blooded execution of seven people.

Chairperson of the Boarder Alliance Taxi Association and four Executive Members were ambushed and killed in a hail of bullets on the N2 between Mount Frere and Qumbu on their way back from a Taxi Indaba in Durban.

A passenger and a truck driver were additional victims fatally wounded during the attack.

The jihadist terrorists have vowed to attack ALL South African taxi businesses.

When we call for retaliation by chasing away all somalians from our townships then the ANC Government will accuse us of incitement and yet foreigners are not arrested!

SA taxi driver bumped a Somali in Port Elizabeth Eastern Cape, and Somalians responded by burning all the taxis there pic.twitter.com/Uj1YIl5Dv7

Although those behind the act were arrested and sentenced to life imprisonment, the horrendous incident left many families harmed and longing for closure.

The Department of Correctional Services (DCS) has acknowledged that it has to do more to promote and enforce restorative justice.

Prior to the public VOD, DCS initiated an open engagement process between the victims and perpetrators through a Victim-Offender-Mediation.

“Minister Lamola will highlight the importance of a victim-centred justice system where the genesis of restorative justice is located. Taxi violence continues to cause depredation in the country and it has to be quelled,” said the Ministry of Justice and Correctional Services.

Take a look at how social media users have reacted to the situation in the Eastern Cape below:

Somalians literally bullied South Africans in their own country but when we speak on foreigners we are labeled “xenophobic” pic.twitter.com/E3p4J3SJjk

As South Africans we need to decide if we are going to be turned refugees in our own country by Somalians. Foreigners of all nationalities are united against us while some stupid South Africans rally behind them calling us xenophobic.

Somalians must understand that burning Taxis it's just like killing John Wick's dog. The war has started 🙆🏽‍♂️ pic.twitter.com/JpO320uUZy

To read more news and views from this week’s newspaper, click here. 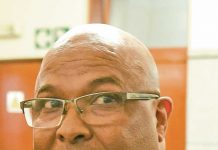 Fraser should not be trusted