Convicted murderer Sindisiwe Manqele, who served time in jail for the killing of her rapper boyfriend Nkululelo “Flabba” Habedi, is out on parole, the Correctional Services Department said on Tuesday.

Manqele was sentenced in 2015 to 12 years in jail for the murder. She served a total of seven years in prison, always maintaining that she acted in self-defence.

The department said Manqele was placed on parole based on her profile assessment conducted by the case management committee.

“It is critical to highlight that parole placement is not the end of the sentence as Manqele will complete the remainder of the sentence in the system of community corrections, where she is expected to comply with specific set of conditions, and will be subjected to supervision until her sentence expires on 23 May 2028,” said the department in a statement.

According to the department, she takes full responsibility of her actions and has shown remorse.

In March 2015, Manqele stabbed the late rapper to death after an apparent misunderstanding between the lovebirds. Habedi died from a stab wound to the heart.

Sunday World reported at the time that the pair started bickering at The Sands, a nightclub in Sandton, Johannesburg. Police officers, who did not want to be named, told the publication that Manqele slapped Habedi after she had accused him of flirting with his ex-girlfriend. 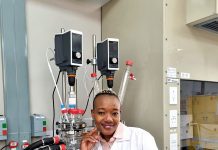 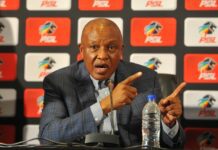