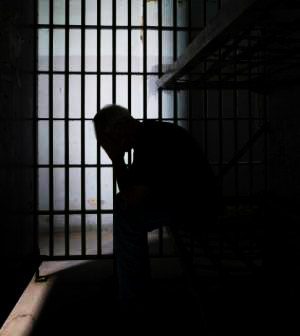 Police management has welcomed the hefty sentence handed down by the Mpumalanga Division of the High Court on Monday to a man who brutally murdered a toddler for soiling himself.

The accused, Boy Nhleko, 29, from Piet Retief, has since been given 25 years in prison.

According to police spokesperson, Colonel Donald Mdhluli, the two-year-old was staying with Nhleko and his girlfriend, who is the boy’s aunt.

The toddler’s mother was working out of town and had left him in the couple’s care in October 2019, the same month he died.

“He was assaulted to death for about 36 hours, firstly with a waist belt, secondly with three tree branches and later with an electric cable,” Mdhluli explained.

Nhleko boiled water after the assault and poured it in a basin, where he senselessly forced the child in, resulting in serious burn wounds.

“Instead of seeking medical care for the child, Nhleko and his lover unashamedly left the child to die, while they enjoyed themselves at a local traditional function, as well as watched movies,” Mdhuli said.

The couple then buried the boy in a shallow grave before they fled to the Kingdom of Eswatini, where he confided to his brother about the “atrocious” act he committed.

The brother, in turn, reported the matter to the police, and Nhleko was ultimately arrested at Mahamba border post a week after the murder.

He pointed out the place where he had buried the boy during the investigating.

Acting Judge Takalani Vincent Ratshibvumo said the manner in which the murder was committed suggests that the accused does not value the sanctity of life. He also remarked about the agony that the child went through.

Nhleko was sentenced to life imprisonment, with the application for leave to appeal dismissed.

He was also found to be unfit to possess a firearm, and his name will be entered into the National Register for Sex Offenders.

“The police are elated with the collaborative effort of the investigating team, the prosecution as well as the judiciary,” said Mdhluli.

The police hope that the sentence will serve as a deterrent to other would-be children killers.

Campus rape is a bomb waiting to explode