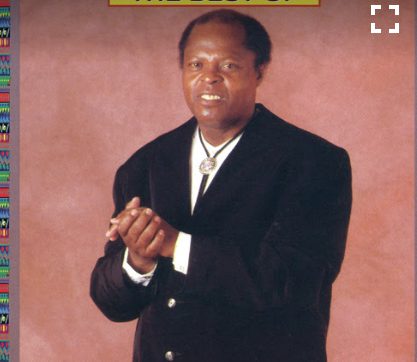 Johannesburg – Setswana contemporary super star musician Kori Moraba has died at the age of 73 after he had tested positive for Covid-19.

It is believed that Moraba died at the Netcare Bougainville Hospital in Hercules in Pretoria west last night.

He had been hospitalized for the past two weeks after contracting the coronavirus.

Moraba shot to fame after his hit song Tswang-tswang-tswang was released in the early 70s.

Watch the music video below:

This sad news comes shortly after Sunday World learned that the son of former president Nelson Mandela’s doctor also passed away after contracting the virus.

According to a Sunday World source, Wandile Motlana, passed away after he had tested positive for Covid-19.

After learning of the passing of Moraba, the ruling party offered their condolences to the family.

“The African National Congress (ANC) has learned with sadness about the passing of South African music legend, Kori Moraba. He was reportedly admitted in hospital after showing Covid-19 symptoms and passed on Sunday morning. His death marks the end of a golden chapter in the history of South African music,” the ANC said in a statement.

“Moraba’s passing is a huge loss to the country and the music industry. He will be remembered for his timeless hit, Tsoang Tsoang Tsoang. He and his contemporaries, Babsy Mlangeni and Mpharanyana (among others), kept the people of South Africa entertained during the dark days of apartheid. They contributed enormously to the promotion and development of local languages through their music.”

“The ANC conveys its heartfelt condolences to his family, friends, the music industry and the people of South Africa as a whole. We hope they will find solace in the knowledge that the entire nation shares in their grief. We wish them strength and comfort during this difficult time.May his soul rest in eternal peace,” the ANC further said.

Role of SMMEs surges: Small business has increased its influence

Straight & 2 beers: All welcome to cesspool of Covid