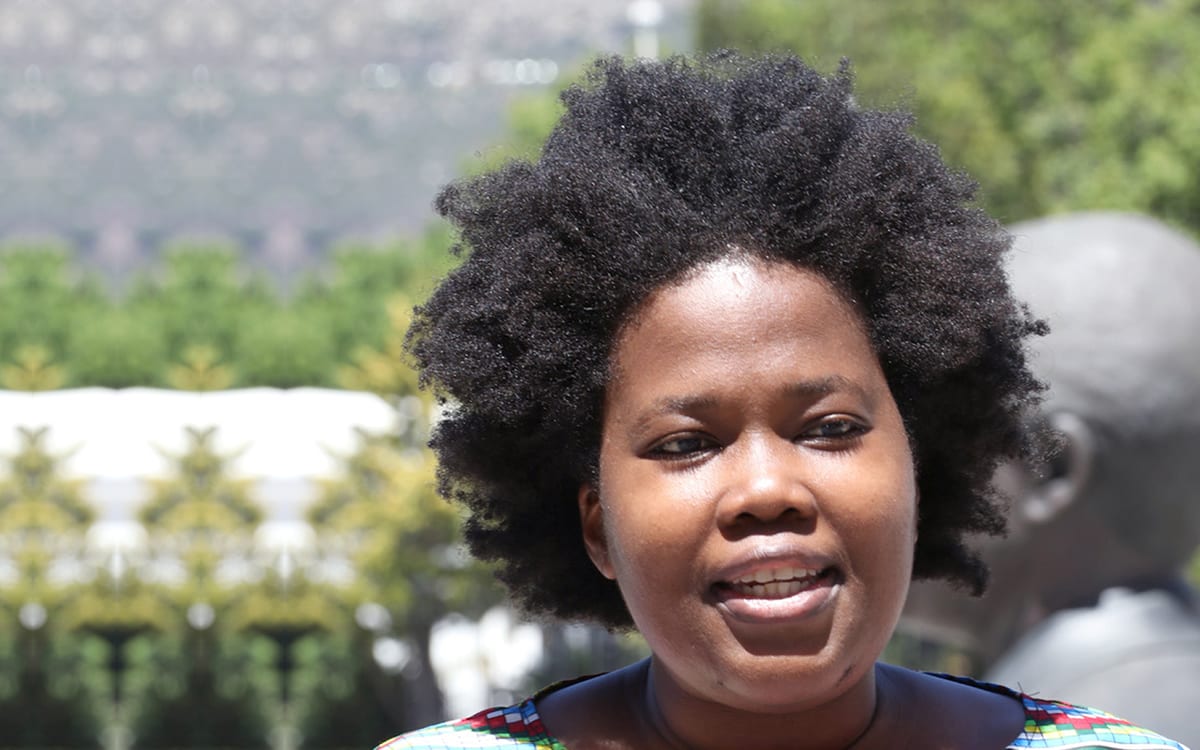 For Siphokazi Jonas, 35, poetry is a most potent tool of expressing her innermost feelings and telling her truth. A University of Cape Town graduate, Jonas mainly performs her poetry and finds the time to teach regular master classes to aspirant poets and artists. Over the years, starting in high school, she has been honing her craft so she could be “the best version of myself on paper and on stage”. Her hard work is paying off. Hers is a voice that absolutely must be heard. In 2018, she wrote a poem called #WeAreDyingHere to protest gender-based violence engulfing the country. The poem was such a hit that she collaborated with Hope Netshivhambe and Babalwa Makwetu to turn it into a stage production that was later adapted into a short film with Optimal Films. The film has since been screened at the Pan African Film Festival in Los Angeles, where it was nominated for Best Narrative Short. A stunning achievement. Such success in the art world affirms Jonas’ belief that “art continues to play an important role in how we express ourselves and write our stories in the public imagination”. She advises young artists to collaborate with like-minded peers to get a lot done. “You will carry the burden together and will hopefully share the fruits together.”