By Somaya Stockenstroom
6th May 2022 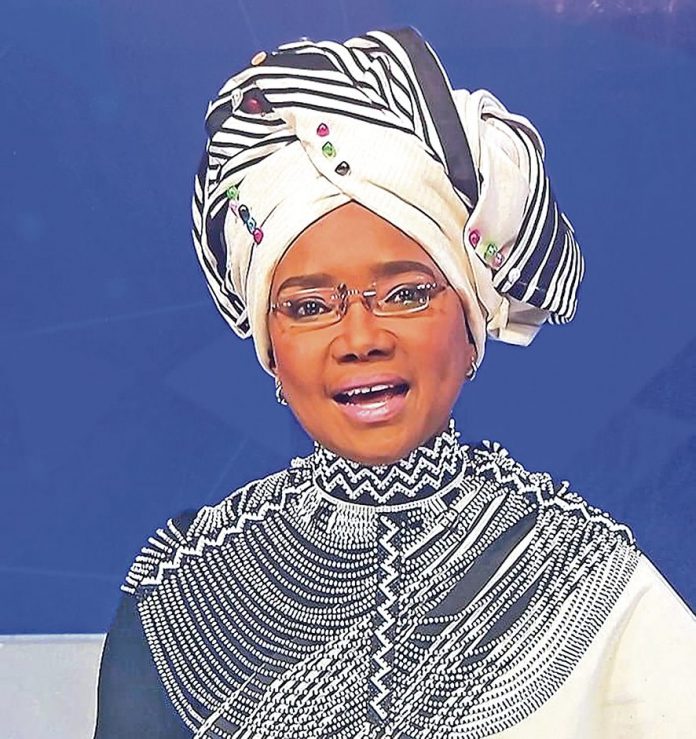 When people lose their mother tongue, they lose the essence of who they are, according to legendary TV anchor Noxolo Grootboom, who called upon the people who speak isiXhosa to value their language and use it with pride.

Speaking at an awards evening in East London, Eastern Cape on Thursday, where she was honoured with a Special MEC award by the provincial government, Grootboom said: “The language connects us with the soil, where our umbilical cords are buried, the soil where our ancestors are buried, the same soil which will become everyone’s eternal blanket.

“The isiXhosa language found me with nothing, cleansed and transformed me. Today I am called a doctor times two.”

The awards’ recipients were honoured by the provincial department of sports, arts and culture under the leadership of MEC Fezeka Nkomonye, for having excelled in various spheres of arts and culture.

The now-retired Grootboom earned fame and admiration for the manner in which she presented TV news bulletins in her language, and her closing trademark – Yanga ningalala nombethe ingubo yemvisiswano, yoxolo nothando. Ndinithanda nonke emakhaya [May you all go to sleep in peace, love and unity. I love you all].

At its second virtual graduation ceremony for Masters and PhD students on October 29 2021, Rhodes University in Grahamstown conferred a degree of Doctor of Letters (D Litt) (honoris causa) on Grootboom. Last month, the Nelson Mandela University in Port Elizabeth honoured her with a Doctorate on Media Personality.

“Ever since I took retirement, this province has been up and down with me with awards after awards. I thank you,” she said, noting that the best she ever did for Eastern Cape in her 37 years working for the SABC was to make isiXhosa respectable.

“I was not content with placing it in a respected position, but I continued to decorate it. Each Christmas, I dressed it [isiXhosa dress] with a different Christmas attire. Fashion kept changing until my Xhosa [attire] became a fashion on its own for those 37 years.”